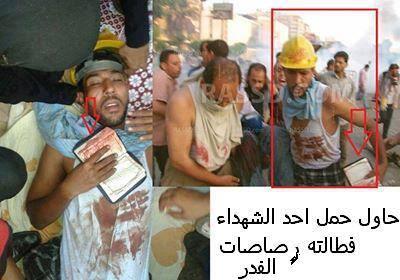 CAIRO — Egypt is specializing in worst-case scenarios these days. In the early morning hours of Monday, the Egyptian military opened fire on pro-Morsy demonstrators at the Republican Guard headquarters in Cairo, where the protesters had gathered to call for the release of the deposed president. At this point, the Egyptian Health Ministry is reporting that 42 people have been killed and over 300 injured.

The Salafists in Egypt have blocked the government formation process and rejected two candidates for the office of interim prime minister. Dozens of people have been killed and over 1,000 wounded in clashes between supporters and opponents of ex-presidentMohammed Morsi. Commentators warn against excluding the Islamists from political participation and fear a civil war like that in Algeria twenty years ago.

Egypt?s Muslim Brotherhood calls for ?uprising? after at least 42 killed

The fact that all Turkey?s political parties have criticized the military coup in Egypt is a strong indicator of the country?s democratic maturity, according to an academic expert.

I think what happened in Egypt was a coup, and I think it was against democracy.

The Salafists in Egypt have blocked the government formation process and rejected two candidates for the office of interim prime minister. Dozens of people have been killed and over 1,000 wounded in clashes between supporters and opponents of ex-presidentMohammed Morsi. Commentators warn against excluding the Islamists from political participation and fear a civil war like that in Algeria twenty years ago.

The slowing down of the resolution process following the Gezi Park incidents and the military coup in Egypt have deeply affected political scenarios for 2014. Two converse scenarios are being whispered in Ankara

Will Ankara cut links with the coup regime in Cairo?

Reverse the coup in Egypt and reinstate Mohamed Morsi to power. That is the message.

Egypt: from rebel to revolution?

From the revolution?s very beginning in January 2011, western diplomats were keen to reduce the demands of the Egyptian revolution to a call for formal democracy. In doing this, western spokesmen and domestic elites ensured that more substantive reforms ? such as an overhaul of the entire socio-economic system ? were dropped by the wayside.

Disappointed with the hesitant approach of its allies in the Western and Arab world in condemning the coup in Egypt, Turkey is continuing its efforts to push the international community to re-instate Mohammed Morsi as president of Egypt.

Colleagues at GNIP and MapBox recently published this high-resolution map of iPhone, Android and Blackberry users in the US (click to enlarge). ?More than 280 million Tweets posted from mobile phones reveal geographic usage patterns in unprecedented detail.? These patterns often reveal interesting insights. Some argue that ?cell phone brands say something about socio-economics ? it takes a lot of money to buy a new iPhone 5,? for example (1). So a map of iPhone users based on where these iPhone users are tweeting from can reveal where relatively wealthy people live.

Egypt and the ?dictator factory?

It might seem odd to some of my regular readers that I have avoided tackling the latest developments in Egypt or Syria. Alas, geopolitics also deals with spheres of influence, and I am usually writing from an European perspective on my blog. Although during George W Bush?s war on terror State Department officials have devised the MENA concept (Middle East ? North Africa) in an effort to deal with terrorist networks globally, I personally tend to concentrate my attention almost exclusively on the Maghreb and treat this region as a geopolitical entity separate from the Middle East and under the influence of Europe.