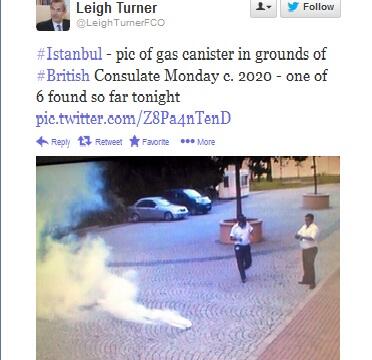 Excessive use of force during Gezi protests should be punished: Council of Europe 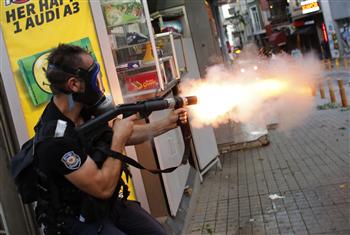 Taksim Gezi Park, which has become the heart of the anti-government movement sweeping the nation, was briefly opened to public use today

Ömer Taşpınar has written an insightful essay examining what Egyptians are debating about Turkey and what the Turkish media are saying about Morsi and the Egyptian coup. The Turks, not surprisingly, ?talk Turkey through Egypt? ? just replace Mohammed Morsi with Recep Tayyip Erdoğan.  Not surprisingly, the pro-Morsi camp in Turkey is mostly AKP supporters.

The Gezi Park protests have taken a different turn, as parks across Turkey become speaking assemblies

Some interesting Gezi-related techno-factoids from a Forbes article, with a comparison to Egypt.

1. hashtags: The most popular Twitter hashtag ?direngezipark? was tweeted 1.8 million times in three days, more than the most popular hashtag of the entire Egyptian uprising in 2011.

Father of ?man with machete? who attacked Gezi protesters, apologizes to Turks, Kurds

The father of the man who attacked Gezi Park protesters July 6 with a machete in his hand said what his son did was ?unacceptable?