Turkish PM Erdoğan has again slammed the military overthrow of elected Egyptian President Morsi, raising his rhetoric against the countries that have shied away from describing the takeover as a ‘coup’
The Wikipedia War Over Egypt’s ‘Coup’

In recent days, the protests and clashes over the Egyptian military‘s July 3 ouster of President Mohamed Morsy have transpired amid a parallel battle over semantics — specifically whether the dramatic events of the past week constituted a “coup.” Adopting the loaded word has very real implications for everything from the future of Egypt’s fledgling democracy to the more than $1 billion in aid Washington sends to Cairo each year.

Using Twitter to Analyze Secular vs. Islamist Polarization in Egypt in Real-Time

Large-scale events leave an unquestionable mark on social media. This was true of Hurricane Sandy, for example, and is also true of the widespread protests in Egypt this week. On Wednesday, the Egyptian Military responded to the large-scale demonstrations against President Morsi by removing him from power. Can Twitter provide early warning signals of growing political tension in Egypt and elsewhere? My QCRI colleagues Ingmar Weber & Kiran Garimella and Al-Jazeera colleague Alaa Batayneh have been closely monitoring (PDF) these upheavals via Twitter since January 2013. Specifically, they developed a Political Polarization Index that provides early warning signals for increased social tensions and violence. The analysis and graphs below include the very latest data.

Feuding erupted within Egypt’s new interim leadership as liberals wrangled with Salafists for choosing a PM while the Brotherhood and its opponents faced off in separate protests
Can ElBaradei Keep Egypt Together? Can Anyone?

CAIRO — So far, there has been only one ironclad rule in post-Morsy Egypt: Don’t trust breaking news.

The coup against president Mohamad Morsi has exposed fissures in political Islam.

Morsi’s supporters running out of options

Protesters wanting the return of the deposed president have shown willing to lay down their lives.

How Tahrir Square betrayed itself

Morsi Supporters Face Off with Anti-Morsi Protestors across Egypt

The much anticipated face-off between Muslim Brotherhood supporters and protesters who called for the ousting of former Egyptian president Mohamed Morsi took place today [June 6, 2013]. The drama unfolded live on television, and was broadcast by local and international channels. At least 17 people were killed and more than 400 protesters injured in clashes across Egypt today, which many on social media described as ?expected? and ?surreal.?

Turkey’s assertive foreign policy, promoting itself as a role model for the Muslim world, has received a setback after the military intervention that unseated Egypt’s Islamist president Mohamed Morsi, analysts say. Turkey’s Islamic-rooted Justice and Development Party (AKP), which faced down the most widespread protests in its 10-year tenure, had 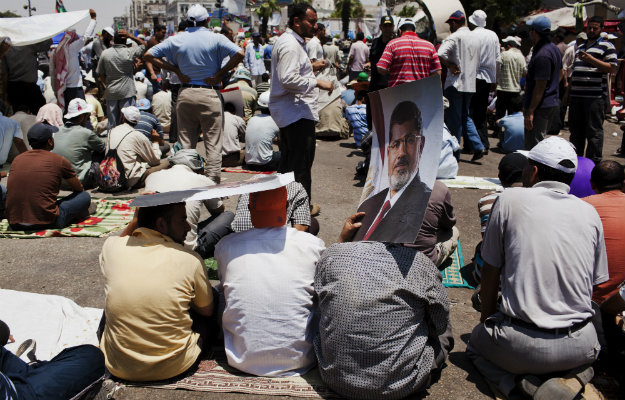 CAIRO — Gehad el-Haddad, the spokesman for the Muslim Brotherhood and the son of one of deposed President Mohamed Morsy‘s top advisors, meets me outside Cairo‘s Rabaa al-Adaweya mosque just as the crowds start to throng in for Friday prayers. He’s every bit the young Islamist pol, periodically bounding away to grip and grin with his friends and supporters. We make our way from the mosque to his friend’s apartment; amid the tumult in Egypt; Haddad hasn’t had the chance to shower in three days.

‘One Morsi will go, a thousand Morsis will come in Egypt,’ Turkish EU minister says

The Muslim Brotherhood organization is rooted enough to come back to power in Egypt, Turkish EU Minister Egemen Bağış argued

Liberal opposition leader Mohamed ElBaradei has been chosen as Egypt’s new PM, the Tamarod campaign behind the protests that toppled Morsi announced

Egypt says: ?It is NOT a Coup?

The US meddling in Egyptian affairs ? and the coverage of news networks, particularly CNN, of the political developments in Egypt ? came under fire last night. The ousting of former Egyptian president Mohamed Morsi after a year in office ushered celebrations across the country, as well as a bout of violence between pro- and anti-Morsi supporters. 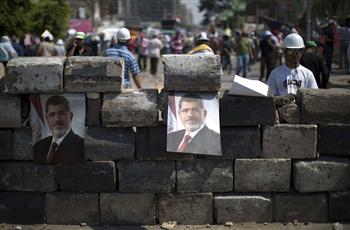 Q&A: What does AU suspension mean for Egypt?

Ankara has no knowledge of Morsi asylum offer: Turkish PM 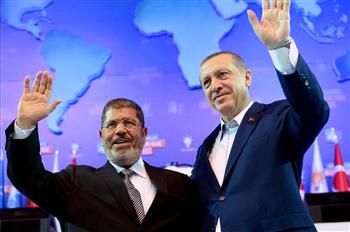 The European Union has once again disregarded its own principles with its ?double-standard? view on unfolding events in Egypt

Secretary-General of the Council of Europe, Thorbjorn Jagland, has criticized the Egyptian army?s ouster of President Mohamed Morsi

1 thought on ““Using Twitter to Analyze Secular vs. Islamist Polarization in Egypt … A roundup on Egypt crisis…”