from EFF.org Updates by jillian
2011 was by many accounts ?the year of the protester.?  From Tunisia to Oakland, activists took to the streets?and to social networks?to express themselves and their grievances.  But while many were successful in using online tools in their activism, others faced grave consequences.

from EFF.org Updates by dan

Update (2012-02-17): After some investigation and facts that came to light as a result of a parallel experiment by researcher Nadia Heninger at UC San Diego and collaborators at the University of Michigan, it seems the scope of the problem with respect to keys associated with X.509 certificates is limited primarily to certificates that exist for embedded devices such as routers. The small number of vulnerable, valid CA-signed certificates have already been identified and the relevant parties have been notified. Nadia’s excellent blog post provides a good overview of the situation right now. We are working with her on disclosure and to provide people with tools to audit against these types of vulnerabilities via the Decentralized SSL Observatory.

Online social networks cannot be forced to block users from downloading songs illegally, as this would push up their costs and infringe on privacy, Europe’s highest court said today (16 February), adding to a worldwide debate on internet policing.

EU official who resigned over ACTA explains how the treaty will result in invasive border searches of personal devices, privacy-invading dissemination of public’s personal information

by Cory Doctorow
Kader Arif is the former EU official who served as rapporteur on ACTA (the secretive copyright treaty pushed by the US Trade Rep) on Europe’s behalf. He made headlines when he handed in his report on ACTA and his resignation, which damned ACTA as an undemocratic, overly broad and ill-conceived trainwreck. In this WSJ interview, Arif goes into detail on the problems that made ACTA utterly irredeemable, and Mike Masnick despairsat how Arif’s successor in the EU is seemingly unwilling to stand up for the democratic principles that ACTA tramples.

Bulgaria and Netherlands back away from ACTA

by Cory Doctorow
More dominoes are falling in the global fight to kill ACTA — Bulgaria and the Netherlands have joined Germany and many other EU nations in refusing to move further on the secretive copyright treaty that was negotiated without transparency, oversight, or civil society participation.

The FBI set up temporary, secure servers late last year to replace those created by seven individuals arrested for Internet fraud. ??The dismantling of the defendants? rogue DNS servers?to which millions of computers worldwide had been redirected?would potentially have caused all of those computers, for all practical purposes, to lose access to websites,? the FBI said at the time.

The Electronic Frontier Foundation has begun to publish a series of informative corporate biographies of technology companies that make network spying equipment and sell it to torturing dictators like Hosni Mubarak and Muammar Qaddafi. These companies’ publish sales material advertising their use of tools created for the express purpose of breaking domestic and international law, and operate from countries like the UK (FinFisher) and France (Amesys). EFF urges prosecutors in these countries to investigate the spyware companies for complicity in human rights abuses. 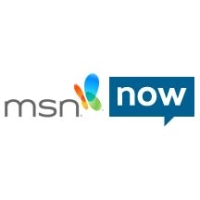 Microsoft?s latest attempt to inject life into its middling MSN web portal is msnNOW, which aims to be a one-stop shop for topics and breaking news getting the most buzz from Facebook, Twitter, Bing, and BreakingNews.com.

How to Target Your Audience and Engage Online

from social media vb by Your Social Move
Successful execution of a social media strategy requires an understanding of your target audience and creatively influencing their behavior. Engage and delight your audience with these helpful strategies.