Last week, as news of Brexit broke, foreign ministries throughout the world took to social media to comment on the UK’s decision to leave the EU. The German foreign ministry responded in two ways. First, it published a series of tweets from Chancellor Markel’s press conference. Secondly, it changed its Twitter profile picture from an image of the German foreign minister to the EU flag (see below).

How to Break Open the Web: a report on the first Decentralized Web Summit
Boing Boing by Cory Doctorow June’s Decentralized Web Summit at San Francisco’s Internet Archive was a ground-breaking, three-day combination of workshops, lectures, demos and a hackathon, all aimed at figuring out how to restore the decentralized character of the early internet — and keep it that way.

This chatbot is responsible for more than 160,000 dismissed parking tickets
The Next Web by Bryan Clark 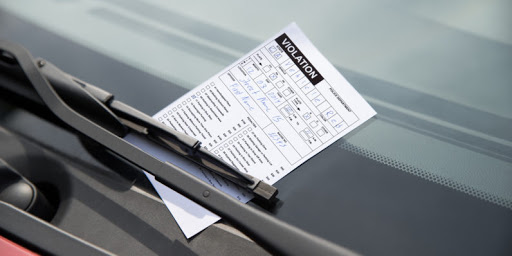 Startups are usually the home of the most innovative outlooks in social media. Any startup with a different approach or technology, like Instagram andPeriscope, is often bought up by the larger networks. But others, like Snapchat,choose to go it alone. The 2016 State of Social Marketing report from Simply Measured gives us an insight into how these services are leading the industry in different ways.

Facebook has announced a new News Feed update, this time aimed at boosting the reach of personal updates, which will have an impact on brand Pages
Video Is Becoming an Important Part of Social Engagement (Report)
All Facebook by Kimberlee Morrison

Marketers still face significant challenges when it comes to measuring return on investment on social media. Still, each of the social networks analyzed in theSimply Measured State of Social 2016 report is experiencing some manner of growth and expansion. Let’s take a look at how the established players like Twitter and Facebook are changing, and how your marketing strategy should evolve.

Changing a computer’s fan speed produces an audio signal that can be hijacked to steal data, say computer security experts who have tested the technique.
WhatsApp vs. Signal vs. Google Allo: Which app is best for privacy?
Mashable! by Pete Pachal

This spring, text messages got a lot more private.

The Intercept by Alex Emmons

Despite Obama administration claims that encryption is increasingly obstructing law enforcement investigations, the authoritative annual Wiretap Report from the Administrative Office of U.S. Courts released on Thursday found that encryption was less of a problem in 2015 than the year before.

The report’s figures include all court-ordered wiretaps, but not those conducted without a warrant for “foreign intelligence” purposes by the National Security Agency and others. Brett from Mozilla writes, “Codemoji, a game and learning tool that lets you encode secret messages in emoji and then send them to friends for deciphering.”

10 Ways to Use Snapchat for Business Brands Are Still Too Reliant on Engagement Metrics (Report)

Social media marketers have been plagued with a number of problems in recent years, and it seems that many find it difficult to keep up with the changing objectives. The 2016 State of Social Marketing report from Simply Measuredprovides valuable insight into the areas marketers need to work on.

Snowden’s flesh is trapped in Russia, but his mind roams the world in a robot body The Snowbot — a $14,000 Beampro telepresence robot that Edward Snowden pilots from Moscow —