Greece’s new left-wing finance minister says his government will not negotiate over the Greek bailout conditions with the “troika” team from the EU and IMF.
Podemos to hold Madrid mass rally
BBC News | Europe | World Edition

The far-left Spanish party, Podemos, is to hold a mass rally in the centre of Madrid looking to build on the recent victory of Syriza in Greece.
EU’s Moscovici wants Greece in euro
BBC News | Europe | World Edition

Spanish feminists criticise male-dominated Greek cabinet
How Syriza could make a debt relief deal palatable to Germany | Henning Meyer
Global: Henning Meyer | guardian.co.uk by Henning Meyer
If a compromise is to be reached to avert a messy Greek default, there are three things that need to happenFollowing the formation of the new Greek government we are entering a period of negotiation. This is good news, and overdue given the scale of the social and economic crisis in Greece. The new prime minister, Alexis Tsipras, has announced that he will not unilaterally walk away from Greek obligations but seek dialogue with creditor countries. He has a clear mandate for change, but it is also important to bear in mind the constraints on the other side of the negotiation table.
Suzanne Moore is wrong about the Greens – they are plainly left wing
open Democracy News Analysis – by Alex J Wood

A quick examination of their policies shows a Green party hard to reconcile withMoore’s description.

After the attack on a residential area in the Ukrainian city of Mariupol, the EU foreign ministers plan to discuss further economic sanctions against Russia on Thursday. The EU is yet again being far too hesitant, some commentators criticise. Others go a step further and say Ukraine should be given weapons.

How to identify a jihadist, in one infographic from the French government
Mashable! by Megan Specia

Ukraine peace talks collapse amid renewed violence
AL JAZEERA ENGLISH (IN DEPTH)
Pro-Russian separatists vow to push ahead with offensive as shelling on city of Donetsk kills six civilians.
Italy fails to elect president in first round of voting
EurActiv.com

Italian lawmakers failed to elect a new president in a first round of voting on Thursday (29 January), leaving Prime Minister Matteo Renzi hoping to push through his candidate only in a fourth round, when the required threshold of votes is lower.

Even before the leftist Syriza party’s overwhelming victory in Greece’s recent general election, it was obvious that, far from being over, the crisis was threatening to worsen. And it does not take a prophet to predict that the Greek election result will leave the European Union’s German-backed austerity policy in tatters.

Will Syriza’s victory lead to a ‘radical left’ spring across Europe, or are such reactions premature?

Charlie Hebdo numero 1178: all is forgiven?

Mutual recognition between people and cultures moves in mysterious ways, the cartoon its Rorschach test.

In Russia, nobody can be ‘Charlie’
open Democracy News Analysis – by Ksenia Babich 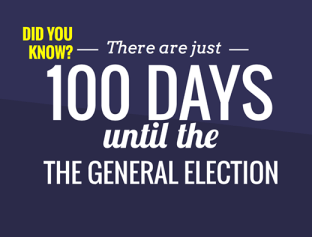 On Tuesday’s 100-days-to-go mark for the general election, UKIP published a list of ‘100 great reasons‘ to vote for them.

We want to be sure that the new Commission will not deregulate the labour market, because EU citizens are more important than the market, said Marita Ulvskog.

Europe must tackle the sources of Islamic extremism, not the symptoms
EurActiv.com

The European continent, ravaged by war for much of the last century, has been transformed to a bastion of justice, tranquility and progress, writes Egidijus Vareikis.

The Irish political elite is deeply invested in an essentially religious narrative: Ireland sinned, Ireland confessed, Ireland did penance, Ireland has been forgiven, Ireland will be rewarded. If Syriza’s strategy in Greece succeeds, this will be exposed as a folly.

The fact that SYRIZA (Coalition of the Radical Left) won last Sunday’s national elections in Greece was not a surprise. It had been leading opinion polls for months. The fact that the radical left SYRIZA formed a coalition government with the right wing ANEL (Independent Greeks) within hours of its electoral victory was not particularly surprising either. Greece has been governed by coalition governments that have included both left-of-centre and right-of-centre parties since 2011. The left-right dimension of party competition has become secondary to the issue of the terms of Greece’s membership of the Eurozone and both SYRIZA and ANEL are opposed to the current terms, which they feel have been imposed on Greece.