Mohammad Heidaypour and Mahmoud Azimi Rasta have jointly compiled a new book in assessment of the views by Islamic and Iranian thinkers onanthropology and culture. IBNA: Arranged in three major parts, the book delves into the nature, generalities

When it rains it pours. In the past two days it seems like I?ve been deluged with quality open access anthropology. Perhaps open access is not the right word, since some of them have pretty traditional copyright on them, but the important thing is that they are all free to read, and all deserve to be read. Where to begin?

Anthropologist Manduhai Buyandelger wins the 2013 Levitan Prize in the Humanities 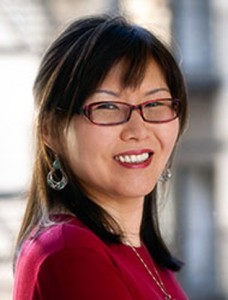 Office of the Dean | MIT School of Humanities, Arts, and Social Sciences

Associate Professor of Anthropology Manduhai Buyandelger has been awarded the James A. (1945) and Ruth Levitan Prize in the Humanities, a $25,000 research grant that will support her ethnographic study of parliamentary elections in Mongolia, with specific emphasis on the experience of female candidates.

My dissertation has recently become available in electronic format.  If you are interested in how immigration impacts understanding, production, and expression of cultural identity, you should have a look.  Here is a summary:

Marcella Sorg, forensic anthropologist for the Maine medical examiner’s office, does forensic skeletal investigations using science to make determinations about a person’s identity or cause of death ? sometimes dating back decades ? and whether the

Anthropology, not politics, rules in Egypt
The Daily Star
This is why I suspect that what we witness these days in Egypt cannot be analyzed by using political criteria, but rather requires the tools of theanthropologist. There is no real political or ideology involved here. There is mainly biology driving

Social anthropologist Gerald Berreman dies at age 83
UC Berkeley
Gerald D. Berreman, a University of California, Berkeley, emeritus professor of anthropology who was widely recognized for championing socially responsible anthropology and for his work on social inequality in India, died at an elderly care home in El

November?s AAA meetings are a distant memory after a season of holidays, finals, grading, and course preparation for round two of the academic year. Before they slip away completely, I wanted to share some thoughts about assigning 30 anthropology seniors the task of writing a brief ethnography based on time spent at the AAA annual meetings. That?s right- a small contingent of undergraduate ethnographers was among you. They may have handed you your conference program at registration, sat next to you in a session, or been at the next table at Kitty O?Shea?s or Starbucks. So think back, while you were busy conferencing you were being observed, perhaps were engaged in casual conversation, and certainly were studied thoughtfully by students in a senior capstone seminar trying to learn what it really means to be an anthropologist in 2013.

The Anthropology Of Walking

Catching up on my journal reading over Christmas break, I came across a study by an international team of anthropologists which points to a fascinating pattern in how humans move across the landscape. Whether foraging for food in Tanzania or walking

A Conversation With: Anthropologist Mukulika Banerjee
New York Times (blog)
?Voting in elections is considered sacrosanct by a large majority of Indians,? Mukulika Banerjee writes in the introduction to her new book, ?Why India Votes.? That observation forms the backbone of theanthropology professor’s work, an ethnographic

In order to kick off the first Savage Minds/anthropologies issue about student debt, let?s start with a short survey.  Following on the heels of Karen Kelsky?s recent survey about PhD debt,

All day today has felt like Sunday, but really its Wednesday. I can?t say that New Year?s Day or making resolutions is a big thing for me. I think the last resolution I made was a few years ago. I said I would go to a play at the community theater that is one block away from my house and I never went. Still haven?t been!

Anthropologist known for work on inequality in India dies

Eminent social anthropologist Gerald D Berreman, widely recognised for championing socially- responsible anthropology and for his pioneering work on social inequality in India, has died. He was 83. Emeritus professor of anthropology at the University 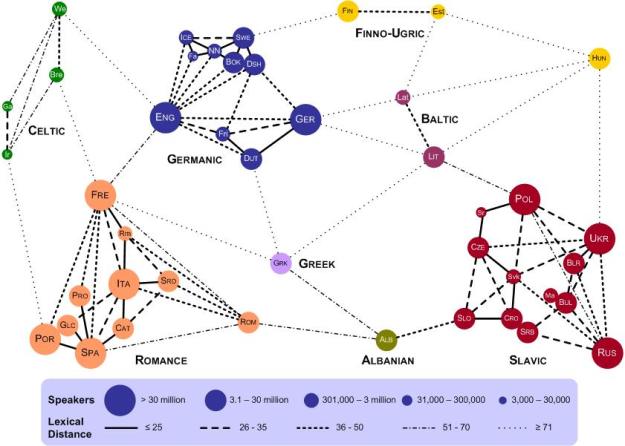 Using data from linguistics research by Kostiantyn Tyshchenko, Teresa Elms clustered European languages in this network graph. If you look closely, you might wonder why English is considered a Germanic language. Elms explains: