EU leaders are gearing up for their first summit in four months tomorrow ? the longest hiatus since the outbreak of the eurozone crisis three years ago.

The US’s NSA intelligence agency has apparently been intercepting French phone traffic on a massive scale. The newspaper Le Monde published details of the espionage on Monday, citing documents leaked by ex-NSA contractor Edward Snowden. The media-driven indignation over the spying affairs is leaving the general public cold, some commentators write. Others point out that Europe is finally taking data protection more seriously as a result of the disclosures.

Spain?s GDP rises 0.1% in the third quarter ? a tiny improvement but a keenly-awaited shift after nine quarters of declining output
The mystery of EU economic study criticising Berlin

Did tight-fisted budget policies in Germany help make the eurozone crisis deeper and more difficult for struggling bailout countries like Greece and Portugal?

That appears to be the conclusions of a study by a top European Commission economist that was published online Monday ? but then quickly taken down by EU officials.

Another manufactured row over the EU budget?

On the 30th of June 2011, the Commission unveiled its blueprint for the EU’s long term-budget (MFF) between 2020-2014. Since then, we’ve witnessed a rather drawn out and undignified scrap as member states, the Commission, MEPs and a whole assortment of lobbyists and vested interests have fought tooth and nail to ensure their own priorities secure as much funding as possible.

If Britain is to be successful in winning over Germany on EU reform then it needs to understand the country?s federal system, with its intricate balance of competencies, and how it is crucial for the German thinking on Europe, argues Almut Möller.

Almut Möller is the head of the Alfred von Oppenheim Centre for European Policy Studies at the German Council on Foreign Relations (DGAP) in Berlin.

On 3 October 2013, Germans once again commemorated their country?s unification. Perhaps to the surprise of outsiders, it was not at the Brandenburg Gate in the capital Berlin, powerful symbol of the peaceful revolution in 1989, that the official celebration was held. Instead, President Joachim Gauck and Chancellor Angela Merkel together with dignitaries and citizens from across the country were hosted by the minister president of the federal state of Baden-Württemberg, one of Germany?s southern economic powerhouses

If Brussels aspires to be an international city, it should make English its official language, the Flemish minister for education Pascal Smet has told EurActiv.

?For the next twenty years, English will dominate as a global language. It is the language of the political world, of the diplomatic world, the tourism sector,? Smet told EurActiv on the margins of the launch of a  project to boost multilingual education in the Belgian and EU capital.

Europe at the turning point

Europe is at a turning point as fewer than a third of people in France trust the EU, according to a eurobarometer poll. So Europe’s leaders have to work together to shape a Europe that delivers for its citizens and this week’s summit represents a chance to sweep away bureaucracy and move ahead on the digital economy, writes David Lidington.

David Lidington is the UK Minister for Europe

?Anyone who has worked in politics for any length of time learns to take statistics with a pinch of salt. But sometimes the figures tell a story so compelling that people have to sit up and take notice. 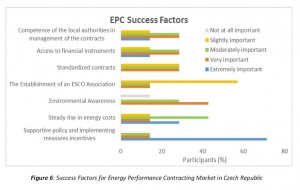 have primarily focused on energy performance contracting in 2012-2013, in support of DG Energy?s campaign.

Greece’s parliament votes to suspend state funding for the far-right Golden Dawn party, after its leader and two MPs are accused of being in a criminal organisation.

from the campaign trail and compare market success factors.

Since Azerbaijan joined the Council of Europe in 2001, the country’s grim human rights record has only become worse. The Council’s and EU‘s ambiguous reactions to the October 9 presidential election raise new questions about Europe’s role in Azerbaijan’s transition to democracy.

EU and Ukraine after Vilnius: What next?

If the EU and Ukraine sign an association agreement, the process of the Eastern European country’s integration into a European economic space will be long and painstaking, writes Anton Pidlutskiy.

Anton Pidlutskiy is the vice-president of the Agency for Investigative Journalism.

The Ukrainian government repeatedly declared that the full membership in the EU is the strategic objective. The EU Association Agreement signature is exactly the first step to achieve it. At the same time the issue of the EU membership for Ukraine will be solved exclusively through the people?s referendum as only the Ukrainian People are entitled to take this decision.

The German minimum wage debate: lessons from an EU comparison

A minimum wage is certain to emerge as a cornerstone policy of the next German government. The debate is under way, in the coalition negotiations between the CDU/CSU and SPD, but also in the media and academia, about its level, coverage and the mode by which it is to be implemented and determined over time.

Today, I?ve decided to speak a bit about the Norway Grants and how to make the most of them. Are they different from the more-known EU structural or research (FP7) funds? Who can apply? Etc. By using the example of a project I have worked on, I will also show how Norway Grants can be combined with the two EU options so as to achieve the optimal funding package.