The Post?s sale is a family matter

When The Washington Post Writers Group came courting several years ago, inviting me to join the company?s syndicate, I remember well the pitch: We?re a family.

The Maven of Long-Term Planning

As speculations surface for what we should be seeing out of The Washington Post under the new ownership of Amazon Chief, Jeff Bezos,

Jeff Bezos Bought The Washington Post. But So Did Amazon

Yes, Jeff Bezos bought The Washington Post with his own cash, not through Amazon. But that’s the best way of merging the two.

Citizen Bezos: Amazon?s founder is looking for a legacy

?I think it would be fun to run a newspaper.? ? Charles Foster Kane, Citizen

Amazon boss Jeff Bezos will buy the renowned US newspaper The Washington Post, which has been making losses for years, for 250 million dollars, as the newspaper’s publishers revealed in a surprise announcement on Monday. Some commentators believe the online trader will be able to breathe new life into the newspaper using a digital strategy. Others fear journalism is being reduced to the status of a junk product. 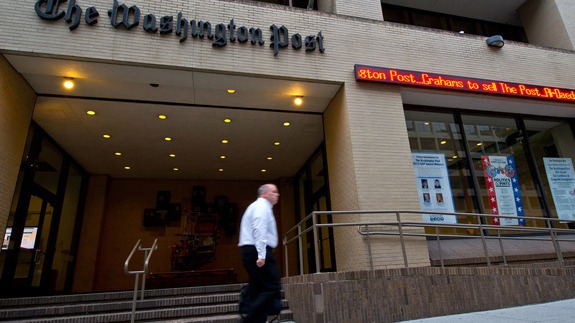 The four o’clock hour in the Washington Post newsroom is always a scramble. Reporters close out final quotes and hit “save” one more time as they milk the last few minutes of their deadlines. Editors tighten up wordy phrases and pore over each letter, ensuring printed stories will run without error the next day.

One issue I?m surprised I haven?t seen discussed regarding Jeff Bezos? acquisition of The Washington Post is what his tenure will mean to local advertisers.

They don?t like him. He?s helping putting them out of business.

Don Graham on the sale of The Washington Post, Jeff Bezos, and the pace of newsroom innovationWashington Post Co. chairman and CEO Don Graham kept the decision to sell the heart of the family business exceptionally quiet for months, avoiding public drama and employee angst while he went white-knight shopping. He spent much of the first 24 hours after thestunning announcement that Amazon founder Jeff Bezos is buying the Washington Post making up for lost time in a series of interviews (among them separate sessions with thePost?s studio show The Fold, Ezra Klein for Wonkblog and Erik Wemple).

“Why Would Anyone Buy A Newspaper?” by John Jewell

Jeff Bezos, the billionaire founder of Amazon, has bought iconic newspaper The Washington Post for US$250m. Cash. The first question to ask, then, in age where newspaper readership and sales are plummeting, is: why?

Following news that billionaire Amazon.com founder Jeffrey Bezos purchased the Washington Post for $250 million, and will probably have to lay a lot of people off to save that left-of-center Hindenburg, I imagine the WaPo office is rife with paranoia

Der Spiegel & the fate of newspapers

Spiegel Online asked me to join a conversation about the fate of newspapers, prompted by Axel Springer?s sale of its local publications. The German translation is here. And here is the English text: 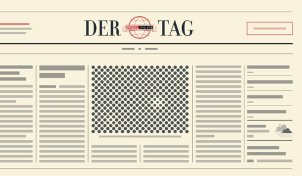 Gutenberg?s magnificent machine industrialized information and communication. That has lasted almost 600 years. Now the internet forces us to question every industrial-age assumption about every business, including news.

3 Ways Social Media Can Save the Newspaper Industry

As the Golden Age of newspapers comes to an end with the sale of the Washington Post to Amazon founder Jeff Bezos, social media is no longer a crutch but a force that can transform and potentially save the dying industry.