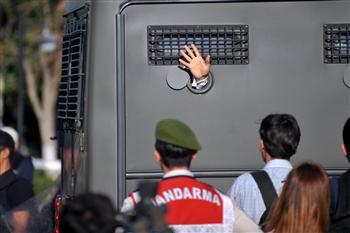 While the Ergenekon trial was a milestone in civilian control over the military, it was flawed in other respects. 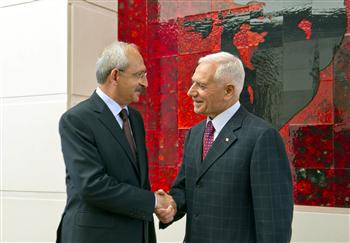 Ergenekon case confronts Turkey’s past, but spawns doubts about motives

Turkey’s former top military official was sentenced to life imprisonment for plotting to overthrow the government ? charges many say were trumped up. Some 250 people were sentenced.

Why I am not happy about Ergenekon verdicts

The ?Ergenekon? coup trial, probably Turkey?s most controversial case ever, ended the other day

Is a political amnesty possible for both Ergenekon and PKK?

The coup-attempt case of Ergenekon has ended with a lot of ?rights? and ?wrongs? together

The AKP’s back story is particularly relevant to the Ergenekon case because many of the party’s founders were targeted by the army’s latest intervention 16 years ago. At the height of its popular support, AKP predecessor the Welfare Party was declared

Does the Silivri court verdict indeed confirm the existence of an ?Ergenekon gang??

Ergenekon: A ‘turning point’ and ‘milestone’ in Turkish politics

It is a case that has brought Turkey’s military to heel and sewn the seeds for the civilian government to assert more control. The jailing of a former military chief and other senior figures in the so-called ?Ergenekon? case will have deep and long

Turkish Armed Forces (TAF) released a statement on yesterday?s Ergenekon trial verdict, saying that ?they were feeling and sharing the grief of their longtime co-workers and their family members?.

The alleged network of secularist ultra-nationalists, Ergenekon, draws its name from a mythical Central Asian valley where Turks are said to have been saved from annihilation by a wolf that led them past their enemies to freedom. The network was said

In the mass trial against the Turkish Ergenekon network, most of the 275 accused received prison sentences on Monday after being found guilty of preparing a coup. Punishment was meted out to the guilty and innocent indiscriminately, commentators criticise, accusing Prime Minister Recep Tayyip Erdoğan of trying to intimidate his opponents.

The continuing suppression of dissent shows that for all its apparent gains, Turkey has gone into reverse gear

The process that started with the Ergenekon investigation will also have political impacts, PM Erdoğan’s chief political adviser Yalçın Akdoğan said while explaining his previous remarks about the verdict

According to the prosecution, the Ergenekon network was the very essence of Turkey’s ?deep state? ? carrying out assassinations and false flag operations in order to overthrow democratically elected governments. Prosecutors contended thatErgenekon