What is latest dispute between Spain and Gibraltar about?

Between a rock and a hard place: Is Spain breaching EU law by making life difficult for Gibraltarians? 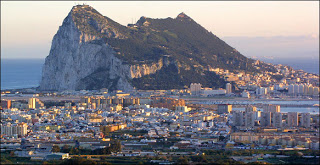 The ‘Gibraltar question’ has consistently been the biggest bone of contention in UK-Spanish relations ever since the 1713 Treaty of Utrecht which saw the territory permanently ceded to Britain. Although the issue never goes away, every now and then it flares up, and the decision by the Gibraltar authorities to construct an artificial reef – to prevent alleged incursions from Spanish fishing vessels – has been the latest trigger.

Spain is studying retaliatory measures against the British territory of Gibraltar in an escalating dispute over fishing grounds, Spanish Foreign Minister Jose Manuel Garcia-Margallo has said.

“The party is over,” Garcia-Margallo told the ABC newspaper on Sunday (4 August), referring to years of softer policy on Gibraltar under the previous Socialist government.

Germans? suspicions about US activities in industrial espionage and data theft have soared after the revelations of the NSA whistleblower Edward Snowden

A tanker carrying 102 African migrants heads for Italy after Rome reportedly agrees to accept them, ending a stand-off between Malta and the ship.

As soon as US Secretary of State John Kerry announced the resumption of peace talks between Israel and the Palestinians, the EU promised to do everything it could to support the new American initiative. The Middle East peace process has been a top EU priority for years. But Europeans are conscious that they lack the diplomatic clout to be a major player. Palestinians and Israelis think that EU member-states are too frequently divided among themselves. Many Israelis also argue that even though the EU and Israel have close ties, the Union does not give sufficient importance to their security concerns. Nevertheless, Europeans played a modest role in helping the US convince Israelis and Palestinians to sign up to new talks. And the EU can make further contributions to the peace process.

Many local newspapers in Germany ? such as the Kölner Stadt-Anzeiger in Cologne ? have reported the anger of German pub landlords, caused by Sky?s decision to raise subscription charges for televised sport. This comes at a time when many of the small pubs and restaurants in Germany are struggling to survive. For many of these establishments the only option is to cancel their subscriptions for televised sport with Sky.

Britain’s long-running political civil war over Europe is as much about symbols as it is about substance. That is why London wants to erase or amend the goal of an “ever closer union” which is perceived as a journey towards a European super-state, writes Paul Taylor.

Paul Taylor is one of Reuters’ leading analysts. He worked as a correspondent and buerau chief for 33 years in Europe, Iran and Israel.

The leader of Germany’s Left party urged the Social Democrats (SPD) on Sunday (4 August) to rethink their ban on a left-wing alliance as an opinion poll showed the three opposition parties could narrowly beat Chancellor Angela Merkel in the 22 Septebmer election.

Gregor Gysi, the Left’s parliamentary leader, said in several high-profile interviews on Sunday that the SPD should stop ostracising the Left party because of its Communist past.

Troika stand in the way of Greek reforms

The Greek government wants to move ahead with reforms, yet the Troika ? insisting on numbers rather than on reforms ? is blocking the government, writes Anna Visvizi.

Anna Visvizi is an associate professor at the American College of Greece.

On 1 August a long-awaited VAT reduction (from 23% to 13%) for hotels and restaurants was introduced raising hopes for the revival of this sector in the peak of the holiday season.

Italian ambassador calls for louder voice from Rome in the EU

As Italy’s renewed political credibility helps boost growth forecasts, the government needs to seize the opportunity to speak with a louder voice in the EU, the Italian ambassador to the EU, Stefano Sannino, told EurActiv Italy.

The Italian economy is looking more robust, with Economy Minister Fabrizio Saccomanni predicting the country’s emergence from its longest recession since World War Two by the end of the year.

Northern Italy and the republican tradition

The Emilia Romagna region in northern Italy gives an insight into how a republican economy might look in practice. The whole infrastructure is significantly geared towards cooperative production without any sign of lost efficiency. There is plenty the UK should learn.

Colpevole: Supreme Court had bad news for Berlusconi (and the Italian government) 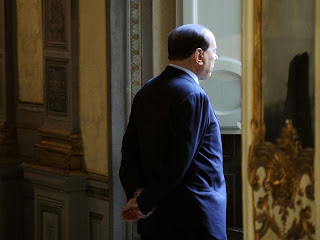 It took everyone a while to figure out what the Supreme Court final verdict in Silvio Berlusconi’s tax fraud case meant in practice. Let’s start from the easiest part: the four-year prison sentence has been definitively upheld. As we explained here, Berlusconi will only have to serve one year in reality – with house arrest or community service the most likely options, given his age.

Now 50, she is back on the streets with thousands of others to protest against endemic corruption in the country and to demand the resignation of the new Socialist-led government.

Italy has bigger problems than Berlusconi

Change is needed but it is not clear where it will come from ? the parties have shown little interest in nurturing new talent

WHO expert: EU must react to rising number of infections in Eastern Europe

As deaths from infectious diseases rise in former Soviet countries, the EU needs to respond or face health challenges in the future, says Mario Raviglione.

Dr Mario Raviglione is the director of the World Health Organization’s (WHO) Global Tuberculosis Programme. He spoke to EurActiv’s Henriette Jacobsen.