Urbanization of Istanbul through the movies

?Ecumenopolis: City Without Limits? takes a look at how the last decade?s neoliberal policies and urban renewal projects are sending Istanbul down the road to chaos. 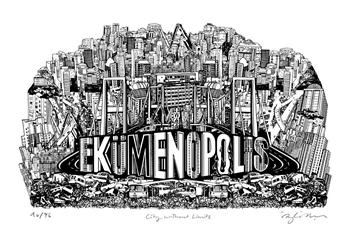 Fire has broken out in Istanbul?s Beykoz district, near the bridge which connects Asia to Europe 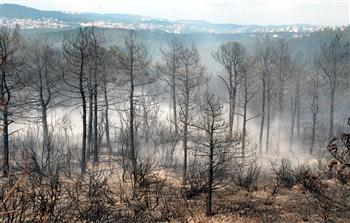 While Istanbul has seen the lion?s share of migration over the past five years with 35 percent, this proportion rises to 72 percent when the neighboring Marmara provinces are also included.

Turkish EU minister supportive of any decision for Istanbul municipality

Turkish EU Minister Egemen Bağış has said he will support Istanbul Mayor Kadir Topbaş as well as the government?s decision

The current protests in Turkey started about seven weeks ago, when demonstrators set up an encampment in Gezi Park, near Istanbul’s central Taksim Square. They were hoping to prevent the park’s destruction, which was planned to make way for a

The other day I wrote about the latest disturbing urban development in Istanbul, the bulldozing of centuries-old vegetable gardens alongside the city’s historic Byzantine-era walls. Writing for the Atlantic Cities website, Istanbul-based journalist

IPA, International Performance Association platform is once again ready to gather in Istanbul
Celebrate Eid Al Fitr in Istanbul
Dubai Chronicle
Blue Mosque, Istanbul – August 2010 046 There are about three weeks until the end of Ramadan and many people are already preparing for the long anticipated public holiday that is Eid Al Fitr. Have you already planned your Eid Al Fitr holiday?