Labor unrest on Everest is older than you might think 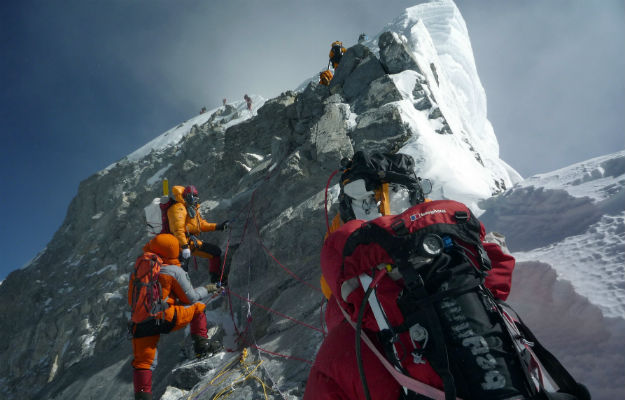 The thin air and vertiginous slopes that exist at 20,000-plus feet above sea level on Mount Everest may not make for the ideal battleground — but they certainly make for a captivating one. So on April 27, when a fight eruptedbetween three mountaineers and a group of Sherpa guides who had been tasked with fixing ropes along the mountain’s steep and exposed Lhotse Face, news outlets around the world were quick to report the tale of the “highest brawl in history,” as the Nepali Times put it.

Anthro News takes on the adjunct crisis, and while commenting will cost you, the irony is free

This just in.  It appears that the AAA is starting to address some of the serious issues that adjunct scholars are facing day in and day out.  In a new post on the Anthropology News site, AAA president Leith Mullings takes on the adjunct issue.  This is good news, because this issue seriously needs some critical attention, especially since more and more new PhDs keep hitting the labor force each year.  This problem isn?t going away any time soon.  Mullings starts off her post about ?Inequality Within? by citing Sarah Kendzior?s 2012 piece ?The closing of American academia,? which highlights just how bad things are getting in academia these days.

Searching for a Career in Anthropology

When Elizabeth Van Dolah and I became the student representatives for the Washington Area Professional Anthropologists (WAPA), we thought about the main reasons students are interested in attending WAPA?s events, and we held student happy hours to discuss what sorts of events students wanted. One of the main reasons that students become involved with WAPA is that we want to make connections with anthropologists working in the career settings to which we aspire. We want to learn about how they got started, the challenges they faced, and the advice they have for those of us trying to find our way into their chosen career field. With this knowledge about student interests and goals in mind, Elizabeth and I began planning the WAPA Career Panel that was held on the evening of April 2nd, 2013 at the Charles Sumner School in Washington, D. C.

Every three years on April 24th, the anniversary of the Swedish-Finnish geographic explorer Nils Adolf Erik Nordenskiöld‘s return with his ship Vega to Stockholm, the Swedish Society for Anthropology and Geography (SAAG) bestows the Anders Retzius gold

Sustainability at Any Price is not Sustainable: Open Access in Archaeology

This blog post looks at the open access debate, and notes how sustainability is as much of an ideological and political question as it is a financial issue. It is intended to follow up on previous blog posts (first, second, third) that discussed how the Aaron Swartz prosecution and death highlighted tremendous injustices in the legal framework governing scholarly communications.

from Larval Subjects . by larvalsubjects

Anthropology emerged in a relatively high scientific level in the wider Middle East before it existed as a discipline in the West. Therefore, the label of colonialism often coupled to its emergence must be removed.

This is the main point of an article by Hassen Chaabani in the recent issue of the International Journal of Modern Anthropology.

Anthropology Weighs In On the Marriage Debate in New Public Journal

On Collecting and Translating Anthropology to Contemporary Art

Since the mid-1990s I have developed an ethnographic interest in visual economies, by which I mean — following anthropologist Deborah Poole — the complex ways in which images are affected by being part of concrete processes of production

[Many thanks to Dan Glazebrook for producing a review that gets to very the heart of this book, such that reading his review is an education in itself. This was reproduced from the UK’s Ceasefire Magazine.]

Anthropology Links & Stoller, The Power of the Between

Anthropology links, featured book is Paul Stoller, The Power of the Between: An Anthropological Odyssey 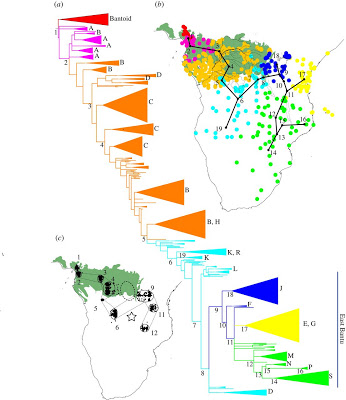 So says a team of U.S. researchers behind an online survey onanthropology fieldwork experiences. Several Canadians have responded to the confidential survey, which has been advertised through social media and anthropology websites. Initial findings

Bird Flu: The Circulation of Life and Death in a Postspecies World by Natalie Porter

At the end of 2009, linguists around the world collected words to characterize the first decade of the new millennium.  ?Aporkalypse? appeared at the top of their list, describing a swine-inspired end of days ushered in by the threat of bird flu. Though playful, this term points to a growing recognition that animals ?and their diseases ?have determining effects on human existence. Recent estimates suggest that over seventy percent of emerging and re-emerging infectious diseases are zoonotic ?or have their origins in animals. As self-proclaimed ?virus hunter? Nathan Wolfe warns, we are living at the dawn of a new pandemic age, where ?human infection by an animal virus may wipe out millions, or hundreds of millions, of people throughout the planet ? permanently changing the face of humanity.? Conjuring images of mass destruction at the hands (or wings) of animals, pandemic prophecies bring our entanglements with other species into threatening relief.

As an anthropologist and President of the American Anthropological Association (AAA), I was especially gratified to hear President Barack Obama acknowledge the discipline of anthropology and support its scientific integrity.  In a speech at the 150th Anniversary of the National Academy of Sciences, President Obama said:

Yes, The AAA?s new ?open access? ?journal? is just as disappointing as everyone thought it would be

When the American Anthropological Association announced that it would create an ?open access? ?journal?, most people in the anthropology?s public sphere were skeptical. Now that it has launched, Open Anthropology turns out to be just as disappointing as everyone thought it would be. Remember the brand disaster?s of MySpace?s failed logo or UPS?s vaguely fecal  ?What Can Brown Do For You?? add campaign? Yeah, like that.

[The following is an invited post by Megan Tracy.]

About two weeks ago, I received an email from one of the editors of the Science Insider blog. He began: ?You?ve probably heard that your NSF grant to study the [Chinese] melamine poisoning scandal was targeted at two House science committee hearings yesterday.? I hadn?t heard and this is the first time my research has become the target of what feels like the never-ending rounds of partisan politics. The original critique of my project and the others being targeted is that they fail to directly benefit the American people.

A Rumination on Hillary Clinton, DNA, Cognition, and Culture in Just One Blog

Michael in the last pot here, is pointing to a book review ?No Big Deal, but This Researchers? Theory Explains Everything about How Americans Parent? in Slate.org that describes something that is self-evident to anthropologists, i.e. that whatever is defined as ?cognitively advanced? is in fact culturally determined.  This is a point which I tried to make, apparently unsuccessfully, to commenters on this article, which was posted in Ethnography.com in March.  What can I say, I just don?t get it how a culturally determined characteristic like ?cognitive ability? which is specific to a time and place is determined by DNA. I also don?t trust the tools of the psychometricians when they are used indiscriminately across national, temporal, and cultural boundaries. (Note the operative word: ?indiscriminate.?)

Small-bodied humans from the Terminal Pleistocene in Tanzania

East Africa is known for the tall and lean physiques of many of its current inhabitants, but there has been speculation -on linguistic or other grounds- that it was once home to people similar to the present-day Bushmen of southern Africa. A new publication on small-bodied humans from Tanzania may be related to this hypothesis.

Fieldwork, known as ethnography, provides the primary research methodology for anthropology. What is ethnography? How did it get its name? The science of ethnography developed over two centuries to report behaviours of indigenous peoples, and .

E-seminar: Media and social changing since 1979

This e-seminar took place some time ago (in December 2012) but I thought I?d repost the relevant information and links here from the Media Anthropology Network site for archival purposes. 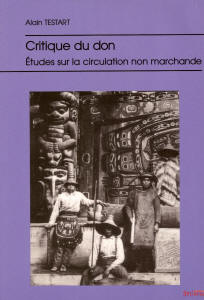 Featured book is Alain Testart?s Critique du don, as links go from the American Anthropological Association to Savage Minds to some off-the-beaten-path anthropology.