EA to Zynga: Enough already, The Ville is The Sims and we?re going to sue you

Zynga?s reaction to EA: Lawsuit is both unfortunate and ironic

Apple v. Samsung: Why the Future of Ideas Is at Stake

from Wired Top Stories by Christina Bonnington
We’re two days into Apple v. Samsung litigation, and it’s been a doozy of a trial thus far. Friday shouldn’t be disappointing either: It promises to provide never-before-seen looks into Apple’s creative process as the legal crew from Cupertino calls heavyweight witnesses to the stand.

FBI?s Facial Recognition is Coming to a State Near You

from EFF.org Updates by Jennifer Lynch 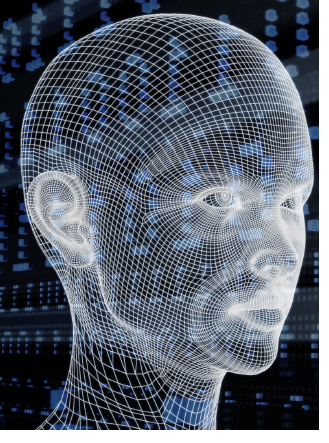 Recently-released documents show that the FBI has been working since late 2011 with four states?Michigan, Hawaii, Maryland, and possibly Oregon?to ramp up the Next Generation Identification (NGI) Facial Recognition Program. When the program is fully deployed in 2014, the FBI expects its facial recognition database will contain at least 12 million ?searchable frontal photos.? (p. 6)

from TorrentFreak by enigmax
It was President Nicolas Sarkozy?s baby, a mechanism through which he could prove that punishing file-sharers is the way to get them back into music and movie stores and away from unauthorized sites. But today all is not well with Hadopi.

from Boing Boing by Cory Doctorow
The maintainers of the Tor Project — which provides more anonymous and private Internet use by bouncing traffic around many volunteers’ computers — is considering paying $100/month to people who maintain high-speed “exit nodes.” “Exit nodes” are the last hop in the Tor chain, and they sometimes attract legal threats and police attention, which makes some people reluctant to run them. As a result, there aren’t enough exit nodes to provide really robust anonymity for Tor users. Tor hopes that by covering costs for organizations and individuals who are willing to provide exit nodes, they’ll get more diversity in the population of exits. Darren Pauli has more in SCmagazine:

from TorrentFreak by enigmax
?These illicit sites are among the culprits behind the music industry?s more than 50 percent decline in revenues during the last decade, resulting in 15,000 layoffs and fewer resources to invest in new bands,? wrote RIAA CEO Cary Sherman in a New York Times piece last year.

from Wired Top Stories by Cade Metz
Who invented e-mail? That’s a bit like asking, “Who invented the internet?” Even those with intimate knowledge of its creation can’t agree on the moment it actually came to life. But amid all the bluster over the origins of e-mail, one man holds a claim that resonates well beyond the rest. Ray Tomlinson is the reason there’s an ‘@’ symbol in your e-mail address.

Why Blogging and Social Media Go Together

from social media vb by CarolineMelberg
Blogging has often been called the bridge between social media and search engine optimization. Once you understand it you?ll know why.With blogging you are feeding the search engines every time you create a new blog post. If you blog once a day, that?s a new web page on your website. The blog pings a list of services that help the post get crawled and within hours your blog post is indexed and searchable in the search engines. Do that three times a day and you increase your SEO coverage.