Henry Jenkins: Connected Learning: Reimagining the Experience of Education in the Information Age

This weekend, I am attending the Third Digital Media and Learning Conference, hosted by the MacArthur Foundation, as part of their efforts to help build a field which takes what we have learned about young people’s informal learning, often through the more playful aspects of participatory culture, and apply it to the redesign and reinvention of those institutions which most directly touch young people’s lives — schools, libraries, museums, and public institutions.

Bruce Levine, a clinical psychologist, has written on Mad in America about his colleagues’ propensity for diagnosing anti-authoritarians with mental illness. Levine says diagnoses like oppositional defiant disorder, attention deficit hyperactive disorder and anxiety disorder are applied to people who question authority’s legitimacy by mental health practitioners who are, themselves, unconsciously deferential to authority.

Education in the Cloud: Exploring Opportunities

from Wired Top Stories by Kyle Johnson
While cloud-sourcing IT infrastructure can liberate institution resources to focus on educational activities, there have been, to date, very few cloud solutions that speak directly to the core business of higher education, teaching and learning. But Newer entrants such as MIT’s Open Courseware and Udacity have had a deeper focus on higher education.

To the extent to which we are not witnessing a clash between two capitalisms but a process of reconfiguration realized through the hegemony of finance, information and circulation, the only way to change the current situation is through the autonomous organization of the multitude?s living labour in the streets and on the net. 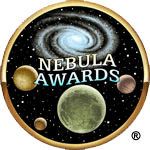 The Science Fiction Writers of America have announced the nominees for the 2011 Nebula Awards, which are voted by the community of professional sf/f writers (in contrast to the Hugo awards, which are voted by readers). It’s a very strong ballot, and includes two of my favorite books of 2011: Jo Walton’s astounding Among Others, and Delia Sherman’s brilliant YA novel The Freedom Maze.

National Geographic brings endangered languages into the digital age, one dictionary at a time

from The Next Web by Nancy Messieh
Have you ever heard of the languages Chamacoco, Remo and Tuvan? Chances are you haven?t, and while they are languages that are nearing extinction, thanks to a digital project by National Geographic, each of them is now reaching a wider audience ? online.

Meme-ifying Online Advocacy
E-learning proponents at U. of Edinburgh take a novel approach to seeding new discussions around online education.

from American Anthropological Association by Joslyn O.
Oona Schmid, Director of Publishing at the American Anthropological Association is engaging in dialogue with Columbia University students this afternoon at the Scholarly Communications Program Panel to Consider Recent Developments in Access to Research. ?Protests, Petitions and Publishing: Widening Access to Research in 2012? to discuss how Occupy Wall Street, the Research Works Act (RWA), the boycott of Elsevier journals by a growing number of academics, and other recent developments are informing the debate over access to research and scholarship.

from MediaShift
At first, you came to the San Francisco Writers Conference to learn the craft of writing, to hear famous writers describe how they became famous, to learn the secrets of how to create a winning book proposal, to become enlightened by publishers about what they want and, most of all, to pitch literary agents, those elusive creatures who seem always to be heading the other direction.