The Council of Europe denounces the burqa ban 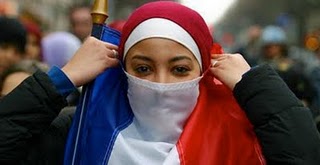 On April 2011 and on July 2011, France and Belgium respectively passed legislation forbidding Muslim women from wearing the burqa, the traditional veil that fully covers their face, except their eyes. These decisions were based upon the claim of safeguarding public security, preventing terrorism and minimizing illegal/criminal activity. Decision-makers in those countries argued that in a democracy no one should cover his/her face. On July 20 the Council of Europe blasted burqa ban in France and Belgium claiming that such measures restrict human rights, cause adverse effects and fail to ?liberate? muslim women as some pro-burqa ban politicians argue. Thomas Hammarberg, the Council of Europe?s commissioner for human rights, accurately pointed out that ?Penalising women who wear the burqa does not liberate them?.

EU summit must produce a European Solution ? Not a second Greek bailout

Summit side note: Beginning of the end for CDS?

An interesting side note to the second Greek bailout deal is that it may in fact have killed off the credit default swaps (CDS) market, or at least kick-started its demise. The reason for this is simple: the deal undermines confidence in the belief that CDS can work as a form of insurance against default. (A quick recap: a CDS on sovereign debt is essentially a form of insurance, which the purchaser pays into every so often and which pays out if the country defaults on its debt. As such it is used as a hedge against exposure to sovereign debt as well as against lending in unstable/risky economies.)

Dust settles after eurozone summit: Europe and UK in for a nasty short-term ride

by Open Europe blog team
A version of this aritcle appeared in the Sunday Telegraph:

Eurozone leaders took some decisive action this week to save their currency. But while the deal agreed at an EU summit on Thursday looks decent on paper, it rests on some heroic assumptions. Moreover, with the confusion over figures and formulas that arose in its wake, Europe has again been left with a worrying feeling that its politicians do not quite understand exactly what they have signed up to.

from FT.com – World, Europe
Several European banks have yet to sign up to a plan for private-sector bondholders to contribute ?37bn to a second rescue package

by Grahnlaw
After the latest Roundup of Digital Agenda for Europe entry I started to look at the Digital Agenda Scoreboard 2011 in Finnish (here and here).

The corrected version of the Digital Agenda communication:

Roundup of Digital Agenda for Europe

by Grahnlaw
The latest Digital Agenda for Europe roundup was published on Grahnlaw Suomi Finland 17 July 2011. Especially the 2009 seminal report from the Swedish government has experienced a renaissance among readers through the blog post: A Green Knowledge Society (Digital Agenda).

Full analysis of the outcomes of the EU Summit

from Blogactiv by Protesilaos Stavrou
Yesterday?s (July 21) EU summit is over. The final outcome of the nine-hour meeting has been received with optimism by most commentators and by the markets. Though there are a number of points that are vague and misleading, while there are others that are established upon a false logic.

Bailing out and proud

by Open Europe blog team
A small dispute erupted yesterday between the Netherlands and the European Commission. The point of contention was the actual size of the second Greek bailout.

Interoperability and standards in Digital Agenda for Europe

by Grahnlaw
The introduction of the communication (in Swedish) was followed by overviews of the digital single market in the Digital Agenda for Europe and the planned Pillar I actions: Digital Single Market.

from Ideas on Europe by Ronny Patz
European Parliament (EP) Library Briefings are short topical summaries mostly on currently relevant matters (e.g. because a committee is dealing with a topic) the EP library staff produces in particular for MEPs and their assistants.

from Global Voices Online by Danica Radisic
No sooner had the original satirical account @vookjeremic (there is now a new version of it, opened by someone else), mocking Serbian Minister of Foreign affairs, Vuk Jeremic, been shut down by Twitter administrators at the behest of Serbian authorities, than more satirical ?fake? Twitter accounts, bearing the Minister?s name and that of other Serbian government officials, began popping up and spreading through the virtual world like wildfire. The online edition of Serbian daily Blic covered this new phenomenon [SR] and carried comments from influential members of the online community, as well as politicians active in social media, most of whom have similar advice to offer those like Minister Jeremic:

from FT.com – World, Europe
The number of French voters who said they were satisfied with their president’s performance rose six percentage points to 36 per cent in July