from Metal Hammer by terrybezer (more?)

Experts are uncertain if the attacks are part of, or could trigger, a wider phenomenon of rightwing violence in Europe

Europe on alert after Norway attacks

from Hurriyet Dailynews by OSLO – From wire dispatches

The man blamed for attacks in Norway, sets his reasoning behind the attacks in a manifesto and says he ?wants to bring a revolution in Norwegian society?

from Osocio Weblog by Marc 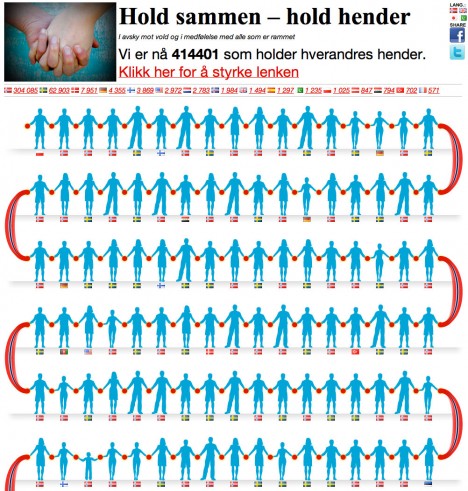 I don?t want to say much after this weekend. The Terrorist?s attack in Norway was expected in some way. It is the result of the political climate in Europe. It is about hate and thinking and acting from hostility.

And it comes very nearby because of the reference Anders Brehing Breivik made about my country.

Security services in Norway and elsewhere in the region had recently shifted their focus to Islamist extremism, letting other forms of terror slip under the radar, experts said.

Norway: The Online Traces of a Mass Murderer 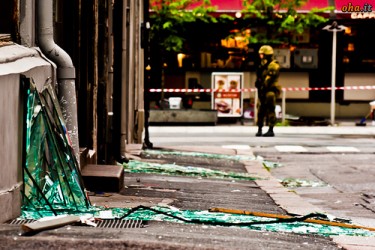 An Oslo street the day after the explosion, by Francesco Rivetti on July 23, 2011 shared on Flickr (CC-BY-NC-SA)

from open Democracy News Analysis – by Thomas Hylland Eriksen
The atrocities inflicted on Norwegian society by a far-right activist leave the country shocked and in mourning. They will have lasting effects even if their exact character is hard to foresee, says Thomas Hylland Eriksen.
By coincidence, I was in Oslo on Friday 22 July 2011. During this time of the year, the main holiday season in Norway, the cities tend to be empty and quiet. My teenage son was due to participate in a soccer tournament in Denmark, and I was there to accompany him to the boat before returning to our summer house on the south coast.

Norway: A Firsthand Account of the Massacre in Utøya

from Global Voices Online by Solana Larsen
The world is still in shock over the mass-murder of at least 85 people attending a political youth camp on the island Utøya in Norway on the evening of Friday, 22 July 2011. The killer, now identified as Anders Behring Breivik, masqueraded as a police officer before opening fire on everyone around him, and chasing those who fled to the water. Breivik is also the prime suspect behind a bombing in Oslo only few hours earlier that killed seven people and caused extensive damage to government buildings.

by YAVUZ BAYDAR
First, my deepest condolences to the people of Norway, which has been hit by an unimaginable tragedy. It is certainly a huge trauma for a nation that for decades supported ?peace at home, peacemaking abroad,? keeping the flame of hope for a better world burning. May all the strength be with those who lost their young, loved ones.