Was it just you or did the ground really shake? Your iPhone, iPad and most newer mobile phones can work as basic seismometers, the same instrument that is used to measure the magnitude of earthquakes and volcanoes. You don’t need to install any apps, just the built-in web browser would suffice.

Earlier this month, Internet researcher Lawrence Alexander published a network analysis on thousands of seemingly automated Twitter accounts, pointing to extensive information manipulation attempts on the RuNet. After the analysis garnered massive attention from Russian media and social networks, Alexander now addresses some of the skepticism about the bot networks and their provenance.

The Importance of Understanding Facebook’s Algorithms (Part 1)
All Facebook

You can gain competitive advantage in your advertising by understanding how Facebook really works. Algorithms do all the magic under the hood, so today, let’s start with Facebook’s budget pacing algorithm. When combined with the Vickrey–Clarke–Groves mechanism that Facebook uses in the auction, the best value is generated for advertisers.

2015: The Year We Saved the Internet
Wired Top Stories by Brian Barrett

We’ve gracefully sidestepped not one but two potential online dystopias, and it’s not even May.

The post 2015: The Year We Saved the Internet appeared first on WIRED.

The European Commission filed anti-trust charges against Google on Wednesday. The search engine operator is abusing its market dominance to the disadvantage of its rivals, EU competition commissioner Margrethe Vestager said yesterday. The lawsuit sets an important precedent for online business, some commentators write approvingly. For others, the anti-trust battle against Google is just a sideshow.

The Google mobile network is at last official: The company has launched its Project Fi service in the United States exclusively for Nexus 6 owners. Detailed in a blog post, Google said Project Fi will cost $20 a month for the basic plan (talk, text, Wi-Fi tethering and coverage in 120+ countries), with an additional $10 monthly fee for each 1GB of data you desire.
1Q 2015: Facebook’s Growth as a Mobile Company Continues Momentum
All Facebook by David Cohen

Mobile continued to move the needle at Facebook, as the social network reported robust gains in mobile monthly and daily active users as part of its first-quarter financial results.

Google’s Mobile Update: Know All the Pros & Cons of Your Next Mobile Friendly Site
Social Media Today by Dmitri Logounov

As you know, Google has announced that as of today, the algorithm will be expanding its use of mobile-friendliness as a ranking signal for mobile searches. The majority of websites that will suffer from this update will be the ones that only feature a desktop-oriented design.
Infographic: Complete Guide to Facebook Ad Specs
All Facebook by Justin Lafferty

Wondering how big you should make that catchy image or how long your text should run in your Facebook ad?

Salesforce, a Facebook Marketing Partner, has put all of the information into a handy infographic you’ll want to bookmark and share.

Twitter cracks down on ‘violent threats’ with new tools and updated policies
Mashable! by JP Mangalindan

Twitter on Tuesday broadened its abuse policies and rolled out new tools for combating what it calls “violent threats.”

A Founder of Secret, the Anonymous Social App, Shuts It Down as Use Declines
nytimes.com – Mike Isaac – Apr 29 – Last summer, employees at the start-up Secret gathered in their new offices in downtown San Francisco, waiting for the founders to address the company. Secret had recently raised $25 million to work on its smartphone app, which lets users…
Crowdfunding Cosmoquest, ex-NASA citizen science project
Boing Boing by Cory Doctorow

Commandline writes, “Dr. Pamela Gay is the principal investigator on a fantastic citizen science project, Cosmoquest, that sadly has been a casualty of reduced funding for NASA and for space science generally.” Read the rest

Here’s why Facebook’s Internet.org is crumbling in India
Mashable! by JP Mangalindan

A group of Internet companies have withdrawn support from Internet.org, the buzzy Facebook-backed service that aims to bring people in developing countries online, following a backlash in India over net neutrality. 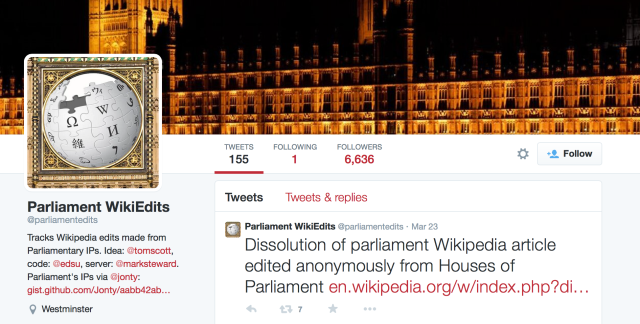 The European Union accused the search engine Google on Wednesday (15 April) of cheating competitors by distorting Internet search results to favour its shopping service, and launched another antitrust investigation into its Android mobile operating system.

The EU will finally charge Google in antitrust investigation.

Chelsea Manning posted a handwritten note to her Twitter account on Thursday, thanking the tens of thousands of accounts that now follow her and providing insight on how she’s tweeting from behind bars.

Sony’s biggest drama of last year is getting a wider release — and the company is less than thrilled.

Wikileaks on Thursday published a searchable database of more than 30,000 documents and 173,000 emails from Sony Pictures, all part of the trove of leaked files from the Sony hack last year, which rocked the company’s leadership and nearly scuttled the release of The Interview.