The Turkish Environment and Urbanization Ministry has prepared a special environment protection plan for the Ihlara Valley in Turkey’s central Anatolian province of Aksaray, where the construction of daily facilities such as buffets and tea gardens will be permitted
How the Manchester Guardian reported on the mass killing of Armenians in 1915
World news: Turkey | guardian.co.uk

The first reference to the Armenian genocide in the Manchester Guardian was on 24 May 1915: Policemen evacuated the shops in Grand Bazaar. Thousands of tradesmen have been thinking they will be suffered from this incident. Representative of Chamber of Architects was left outside and the media wasn’t included.
Artists probed over film condemning impunity in Gezi victim’s death

An investigation has been opened into the artists who appeared in a short film commemorating the one-year anniversary of the death of Berkin Elvan, a young Gezi protest victim
REPORT OF CHILD LABOR IN TURKEY: Illiterate Children Work 54 Hours per Week
Bianet :: English

According to the DİSK-AR’s report of child labor, 4+4+4 education law made compulsory age for primary school 6 to 13 and caused child labor to increase and the age of working children to decrease up to 13.
Prominent Turkish scholar Oktay Sinanoğlu dies at age 80

Prof. Oktay Sinanoğlu, one of Turkey’s most prominent scholars who was known for his books on the Turkish language and became Yale University’s youngest professor of the 20th century, died early April 20 in the United States
In Memoriam | Oktay Sinanoğlu (1934-2015)

Oktay Sinanoğlu, a prominent Turkish physical chemist referred to as the Turkish Einstein has passed away at the age of 80 in the U.S. early Monday. Sinanoğlu had been in a coma in a Miami hospital, according to his wife Dilek Sinanoğlu.
Feminist Artists Laying it All out on the [Clothes]Line
Bianet :: English

Feminist artists drew Nevin Yıldırım onto sheets which they then hung in the streets, with the maxim: “We are divulging all the injustices we are experiencing, one sheet at a time, to secure justice for women!”
Narrative power in Turkey
The Jakarta Post (Indonesia) April 14, 2015, p. 6                  Español  Français  Italiano Dani Rodrik * Until recently, the military was widely regarded as Turkish society’s most powerful and cohesive institution. At the end of March, a retrial finally resulted in the acquittal of more than 200 Turkish military officers who had been convicted of […]

Once upon a time Turkey has a sympathetic president: Turgut Özal 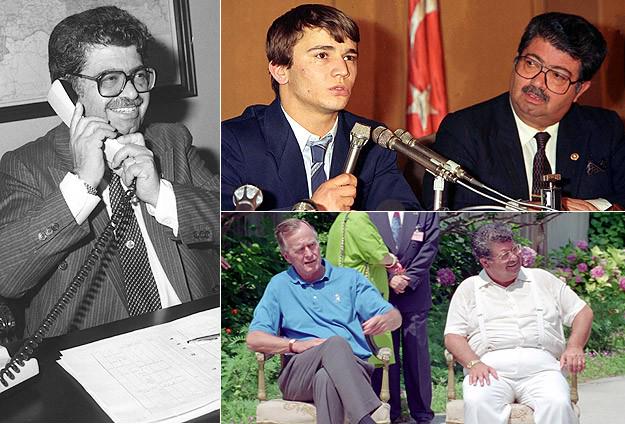