Since midnight, pro-akp trolls are massively provoking for violence against Cumhuriyet daily for publishing some of #CharlieHebdo cartoons.

A local Turkish court has ordered to block access to pages on websites publishing the Jan. 14 cover of the French satirical magazine Charlie Hebdo, featuring the Prophet Muhammad

In the mean time:
Islamic Depictions of Mohammed in History in Full 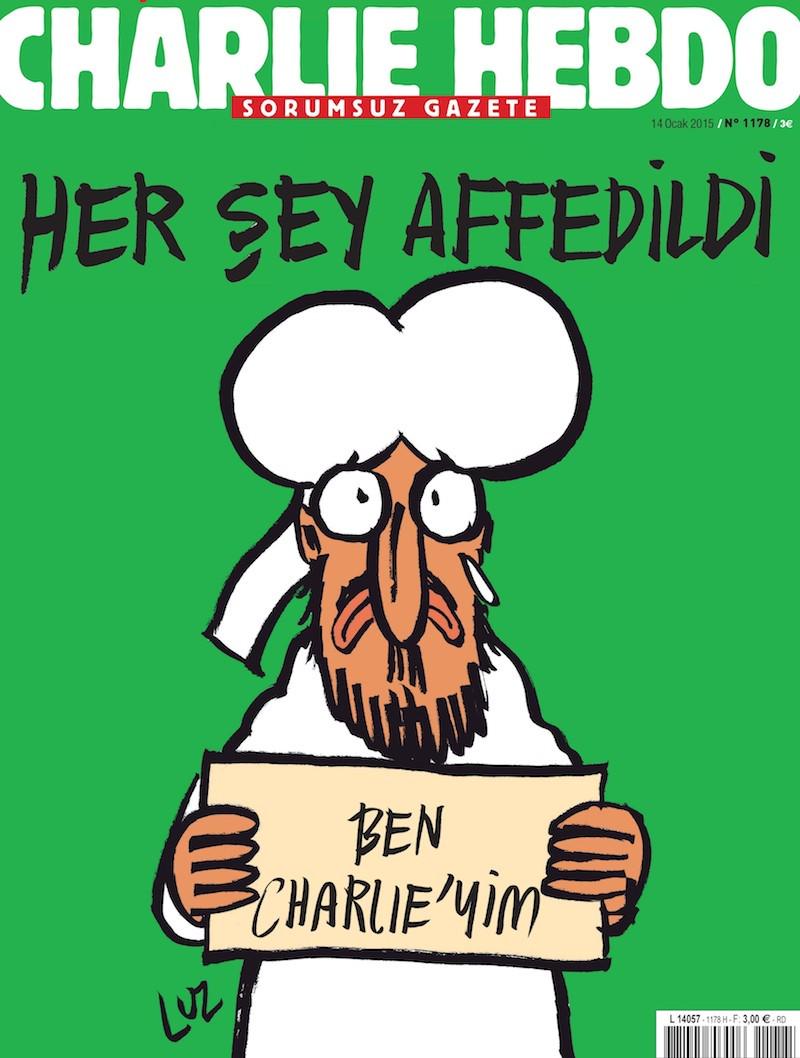 Turkey Radio and Television Higher Board announced that Adana 5th Peace Judge Authorities imposed a ban on the publication of all written, visual and internet content related to the stopping and searching of National Intelligence Agency vehicles.
Revolution News @NewsRevo
.@cumhuriyetgzt Threatened & Raided by Police for Reprinting of Charlie Hebdo Issue #Turkey https://revolution-news.com/cumhuriyet-daily-threatened-raided-police-reprinting-charlie-hebdo-issue-turkey/ …

The cover of the first edition of Charlie Hebdo since its staff were murderously attacked last week shows a cartoon of the Prophet Mohammad crying and holding up a ‘Je suis Charlie” sign under the words: ‘All is forgiven’
Al-Qaeda in Yemen claims attack on France’s Charlie Hebdo

Al-Qaeda in Yemen has claimed responsibility for the attack on Charlie Hebdo in a video posted online, saying it was “vengeance” for the French weekly’s cartoons of the Prophet Mohammed.
US reacts to Turkish president’s remarks blasting Netanyahu over Paris rally

Free-speech hypocrisy by some Paris marchers
The Courier-Journal
Turkey, which was named the world’s biggest jailer of journalists in 2012 and 2013, ended 2014 by detaining a number of journalists (including Ekrem Dumanli, editor in chief of Zaman, a leading newspaper with links to the moderate Islamic Gulen …Charlie Hebdo: total freedom of expression has little chance of survival in an …

Former Religious Affairs Directorate (Diyanet) head Ali Bardakoğlu has accused some members of the Muslim community of contributing to the rise of Islamophobia around the world
Erdogan’s 12 Warriors And The Surreal World of Abbas
The Istanbulian by Emre Kızılkaya
Turkey’s new presidential palace, which was slammed by the Turkish opposition as the symbol of the “one-man rule of Recep Tayyip Erdogan,” witnessed an interesting “dress show” during a welcoming ceremony for a visiting head of state for the first time on Jan. 12.