Tweets in Turkish are down but not out, even as Turkey?s prime minister tries to block Twitter inside the country.

At least 25,000 election monitors are planning to fan out across Istanbul, Turkey’s biggest city, to prevent fraud during local elections on March 30 as ..

?I did a good deed by killing a Turkish gendarme,? Niğde assailant says 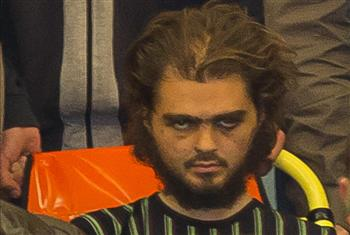 ‘I don?t render an account to anyone but Allah. I will not give any testimony. You are all pagans,’ the assailant, a Swiss from Kosovo, reportedly told the court

… members of the Turkish Youth Union, shout anti-government slogans during a. Economics Professor Buhran Senatalar, of Instanbul Bilgi University, thinks the same, that the danger is the polarization of the country. ?In Turkey the rule of law itself …

Is the Turkish Twitter ban even legal? Experts say no.

Turkey, the EU, and civil society: An incomplete revolution

Turkey?s campaign for EU membership has revolutionized funding for its civil society, but there is still a long way to go. A contribution to the openGlobalrights debate, ?funding for human rights.? Türkçe

Turkish critics often accuse local human rights groups of taking ?imperialist money? from enemies abroad. Given the lack of a strong local donor base, how else can Turkish groups function?

Is the Turkish Twitter ban even legal? Experts say no.

Since law No 5651 was enacted in May of 2007, “access to almost 40,000 Web sites were blocked from Turkey,” according to Yaman Akdeniz, a law professor at Istanbul Bilgi University. “The current version includes even wider power for both the courts of …

Turkey enjoyed strong growth and political stability, but its happy tale has ended for investors.

Tension escalates on the Turkish-Syrian border after the downing of a Syrian jet, with mortar shells landing in Turkish territory and President Abdullah Gül saying the Turkish military is on alert

The first tweet I saw on March 23 was from @RedHack EN: ?Erdogan could not shoot down Twitter bird so he took his revenge from Syrian jet. Say no to dirty wars.? The sarcastic tweet was a response to the latest news that Turkey shot down a Syrian plane

Social Media Isn’t a Threat to the Turkish Government

It seemed that Selvi was totally oblivious to the events that followed the rise of WikiLeaks and its massive campaign against America’s military and government, in that all the subpoenas, take down notices and identity requests they sent to Twitter …