In his mindset, the whole country is a family of which is the father and he has the right and correct his children [all nation]’s misdeed. Without any shame, he accepted that not only once and frequently he calls the media bosses and tells them how to report…

Turkish media has turned into the ruling AKP?s Pravda: MHP

“I’m very very sorry, please pardon me, but they’re saying ‘Don’t meddle with immoral images’, they’re going out to the streets to protest and this parallel structure (within the state) supports them,” Prime Minister Tayyip Erdogan said, coupling the citizens who protested the Internet bill with certain elements of the Gulen movement whom he previouslly called a “parallel state.” 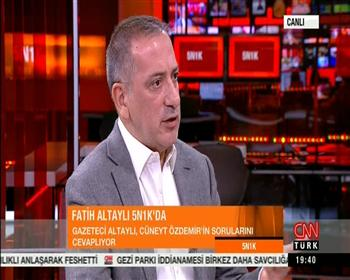 The European Court of Human Rights convicted Turkey of ?inadequate investigation? and ?ill-treatment and torture? in the case of Gülizar Tuncer, a human rights advocate