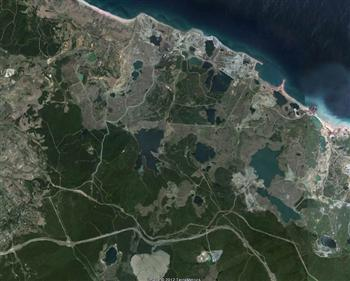 Turkey’s Prime Minister expressed hopes on Sunday that Istanbul’s rail transit system, which stretches 45 kilometers as of 2004, would extend another .

Istanbul’s Suna and İnan Kıraç Foundation Pera Museum welcomed the winter of 2014 with an exhibition of Picasso’s engravings, ceramics, and

Basilica Cistern, one of the magnificent historical constructions of Istanbul attracted over two million visitors – including 1.7 million foreigners in 2013 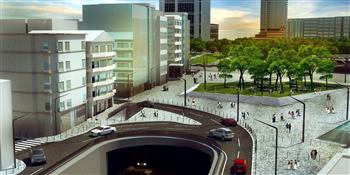 The Istanbul Municipality has released new images of Taksim?s controversial pedestrianization project, showing how the square will look when completed.

Stone, blood, and time in Istanbul

Stone, where would we be without you? Particles adrift in outer space. No place to rest. No form, no consciousness.

?Thou art Peter, and upon this rock I will build my church; and the gates of hell shall not prevail against it? (Matthew 16:18). But in truth, all rock is what our lives have always been built on. What protects us from the core fires deep below

The Seattle Times – Once a predominantly Greek neighborhood, it’s now a trendy home for artists and writers, including Orhan Pamuk, whose novels feature stories about

Hurriyet Daily News – Offering respite from the grit and noise of daily life outside,Istanbul’s remaining hamams continue to function as places to relax, socialize and, most

CITY A.M. – IN THE ancient city of Istanbul, which straddles Europe and Asia across the mighty Bosphorus Strait, all eyes have been on the completion of the

Istanbul’s Mega-Projects: Bigger Is Better Or A ‘Crazy Canal’? | WEKU

Istanbul has long been a city of historical layers and sharp contrasts: ancient monuments share the skyline none too comfortably with modern

Fatih is one of the oldest areas of habitation in Istanbul, but it is also increasingly becoming home to some newcomers from further afield ? Syrian refugees who have escaped war only to find destitution

The Istanbul Municipality has released new images of Taksim Square’s controversial pedestrianisation project that show how the square will look .

Istanbul I: Exploring The City + Suleymaniye + The Blue Mosque | LifeAbsorbed

Last I left off, we were taking off on a Turkish Airlines flight and heading from Tel Aviv, Israel to IstanbulTurkey. Now it was about 80 degrees in Israel