Britain-France ties: How cordial is the entente? 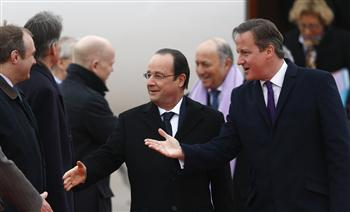 Young bloggers from across the EU tell us what’s on their minds, including the events in Ukraine and who Europeans are letting down when they forget their own values. Leading this week, the revolution next door.

I cannot not care about what happens in Ukraine

A southern tide to overflow Europe

Returning to Europe for the first time

I cannot not care about what happens in Ukraine

Young bloggers from across the EU tell us what’s on their minds – policing terrorism, extreme inequality, war-mongering for democracy, and which is worse for Europe, fiscal prudence or the euro? Leading theme of the week: events in Ukraine.

Let’s row in the same direction

Working to save the euro brings Europe to its knees

After twenty centuries of wars caused by European nations, shouldn’t they know better?

Public safety is a non-negotiable value, alongside the protection of health and human rights

Two ministers from the Cons

The conspiratorial mindset in Europe

Scepticism is healthy for democracy, but not when it degenerates into belief in conspiracy theories. Dieudonné and Jobbik are but two recent examples that the conspiratorial mindset is alive and well in Europe.

On data protection: In search of core European values

As the EU’s response to the Snowden leaks converges with European data protection reforms, new debates on privacy emerge at the European level: and the burning issue remains that of trust. Simon Garnett rounds up the latest developments to coincide with Data Protection Day 2014.

Euromaidan, Ukraine: Who is vitali Klitschko?

Goldman Sach?s reputation as a sharp dealer should not distract Danes from the fact that their national power utility needs cash

From Brooklyn to Kiev, How #DigitalMaidan Went Viral