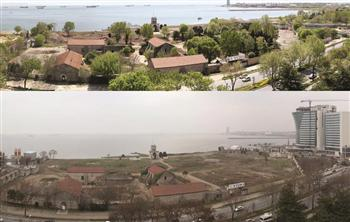 www.worldbulletin.net – The Islamic emphasis on personal cleanliness and purification resulted in hundreds of hamams being built throughout Istanbul over the centuries 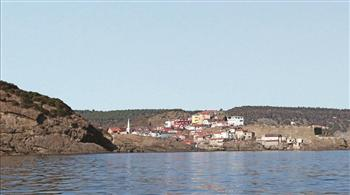 Hurriyet Daily News – Last weekend I went with my photographer friend Murat Germen to another part of Istanbul, Garipçe. Recently, Garipçe has been frequently in the

As arrived at our flat in the heart of Istanbul, big fat flakes of snow fell around us. The medieval landmark of the Galata Tower looked magical, looming

Istanbul with its alluring, spectacular silhouette has been inspiration for poets, travelogues and in the dreams of statesmen who want to control it.

A distinctive feature of Istanbul is a particular style of townhouse, usually three stories tall with windows that look like drawers half-pulled from the

This is probably the first thing you’ll notice on reaching Istanbul – the city looks Asian, the people look European. Istanbul combines the best of

Istanbul at risk of drought as reservoir dries upwww.worldbulletin.net

The Melen Reservoir, which provides Istanbul with 676,000 cubic meters of water a day has been drying up since 2007. It was recently found that

Today, the hamams have lost much of their social significance, but Istanbulresidents do often drop by a hamam with a friend, and for a short while it

Sultanahmet: The heart of historic Istanbul

www.worldbulletin.net – Regularly crammed with tourists from around the world, Sultanahmet is the heart of Istanbul’s historic old town. Designated as a UNESCO World

ISTANBUL — A large, beige-colored building sits on a corner of a semi-quiet street in Istanbul’s Sisli district. The stone structure once was home to

NM Architecture has completed the design of a new, colorful office for Zenith Barter, which is located in Istanbul, Turkey. This office is positioned on a

Sunrise over the Bosphorus seen from the room balcony of the strategically located Shangri-LaIstanbul in Turkey.

This classic Turkish red lentil soup is a handful of lentils, a carrot, a potato and an onion. You sweat the whole bunch in a pressure-cooker until it

Istanbul’s Fikirtepe has been demolished by the municipality for a prestigious project. The old houses in the area will be replaced with the new ones

Mirror.co.uk – So say Euromonitor International, who forecast that Istanbul’spopulation will eclipse that of London between 2018-19. The Turkish city has been

niasunset – I live in ISTANBUL, but my heart beats in BAKU. Architecture is the music in stone. Birds emulate human, and human dreams to fly like birds

Cihan News Agency – A collection of photographs taken by airport ground workers have been exhibited at the Atatürk Airport’s international terminal in İstanbul.