Skip to content
Court in America Trashes Net Neutrality and Opens Internet to Preferential Commercial Use via Faster Connections and Differential Pricing
The Open Internet as a myth of the future?Will Internet go the way of radio — where federal deregulation has led to a concentration of U.S. radio stations in the hands of just a few companies?

What is the cause of our concern? It is a case decided January 14, 2014, one of the worst (for the people) U.S. court decisions to come out in recent years
— one, however, that would probably be affirmed by the predominantly current pro-business majority in the current U.S. Supreme Court (even the intellectual Breyer here is on the wrong side of the equation).

A court loss for ?net neutrality? could mean either a new era of innovation or preferential treatment and higher costs.

In 2008 Comcast was ordered to stop interfering with BitTorrent traffic generated by its customers. In addition, the company had to disclose all of its ?network management? practices.

The Feds Lost Net Neutrality, But Won Control of the Web

No matter what you think of network neutrality ? for it, against it, it’s complicated, who cares ? the fact that a federal court just struck down most of the FCC‘s net neutrality rules is clearly cause for concern. But not for the reasons you think

FCC Net Neutrality rules are dead, but they sucked anyway: time for some better ones 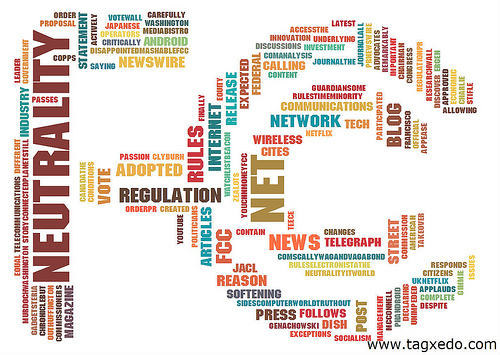 With its $3.2 billion acquisition of Nest this week, Google has spent a total of $17 billion buying other companies over the last two years, which is more than the company’s top five rivals combined, according to Bloomberg.

MPHJ are the notorious patent trolls who claim that any business that scans documents and then emails them owes them $1,000 per employee.