Global Islamic finance market is valued at $1.3tn and is growing faster than the conventional banking sector

Germany hits back at US criticism

Germany hits back at the US Treasury’s criticism of its export-led growth model, describing the attack as “incomprehensible”.

Spying leaks should not interrupt cooperation with Europe: US

‘Nationalism and xenophobia’ on rise ahead of European elections

A petition against the abolition of prostitution has created uproar in France, fuelling an already intense debate on buying and selling sex. 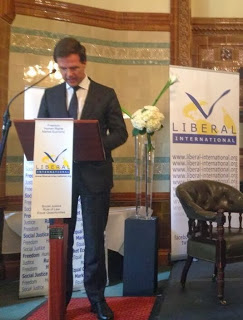 Conservative sides of the coalition. In London today to deliver the Isaiah Berlin lecture he talked about the big challenges facing Europe, making the following key points:

NSA surveillance confirms the realist paradigm, and I am not happy about that

Only a few days ago I briefly presented the research of my life, which I have just started and deals with the influence that human rights make on foreign policy making in Europe. In particular, at the moment I am reading and thinking about why countries choose to embrace and foster certain human rights norms rather than others. Right when I was about to accept that principles, ideas and identities play a significant role in the construction of national interests and, therefore, in the way countries interact with each other (?anarchy is what states make of it? and so on), we read in the papers that the US has been spying on foreign allies for a good number of years.

Next week will see a public meeting discussing what we can do about the rise of mass government surveillance. Anthony Barnett outlines why this is a crucial issue, and why you should be there.

The EU should consider an audacious idea: synchronization of Europe?s political clocks, so that all national elections are held within the same year ? or even the same month. A common election calendar would free up scarce resources and focus policymakers? attention more effectively, thus maximizing the benefits of vital programs.

The German government says it is keen to hear directly from NSA whistleblower Edward Snowden about the US spy agency’s activities.