The US intelligence NSA has vehemently defended its controversial spying programme at a congressional hearing. Europe also spies on the US, NSA head Keith Alexander said on Tuesday, as well as on its own citizens. Commentators accuse Europe’s politicians of double standards and find the public outcry excessive.

Which spy agency would you choose to monitor your life, asks Goran Fejic.

There is a Soviet-era joke about a citizen who died and had a brief chat at heaven?s gate:

French officials avoid immediate reaction to the NSA?s denial that it spied on French citizens but the US stance poses a potentially embarrassing issue

Top News: With officials in Washington scurrying to distance themselves from revelations that the NSA monitored the phone of German Chancellor Angela Merkel, a group of senior officials both within the administration and on Capitol Hill defended the operation and indicated that the White House had been aware of it.

Ambitious plans for an EU-US free-trade agreement may be put in jeopardy by Washington’s failure to finalise a deal coordinating rules in the ?460 trillion derivatives market, the EU’s financial markets chief has warned.

The US Commodity Futures Trading Commission (CFTC) agreed in July this year on a common position with the European Commission and other global regulators that aimed to iron out differences in how they police derivatives trading worldwide.

The roots of European Court of Human Rights and democracy

Lampedusa, Italy and the EU

After the recent tragedy in Lampedusa, a number of politicians and commentators have claimed that what Italy needs to face the current refugees crisis is more support from the European Union. Politics aside, what does this claim really imply? 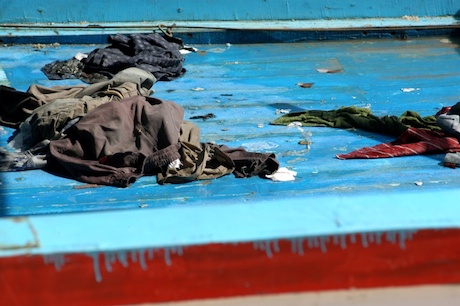 US spy chiefs hit back in Europe row

Second best seems to be good enough when the bloc?s member nations and their leaders decide who should have Europe?s top jobs

The rise of the German monster

A reply to Marco Duranti?s premise as published on openDemocracy, that ?The Strasbourg court is anti-democratic, just as its founders intended.?

Marco Duranti claims that the aims of the founders of the European Court of Human Rights (ECHR) were not democratic ones, and that the ECHR was in fact designed to secure the concept of ?property rights? instead of social rights such as ?the right to labour and social security? or ?the right to health? as set forth under European Convention on Human Rights. He describes this as a consequence of the underlying attempt to defend western Europe against totalitarianism either of the newly established communist regimes or a recrudescence of the fascism recently defeated in the Second World War. Hence, the Convention was itself an ?anti-democratic? or ?reactionary? document, which, moreover, betrayed some of the fundamental principles guaranteed under the 1948 Universal Declaration of Human Rights.