Q&A: Migrants and asylum in the EU

How the EU is coping with irregular migrants

The Tragedy of Clandestine Immigration to the European Union 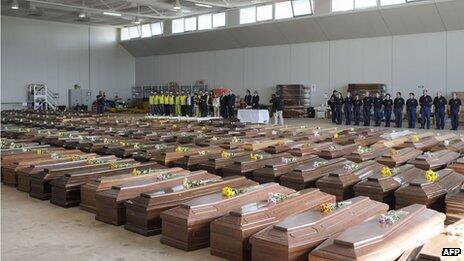 Coffins containing the remains of the drowned in Lampedusa before their burial in various Italian cemeteries. Photo published on Twitter by Aleem Maqbool

Giousouf?s election to the German Bundestag reveals a shift in voting patterns, with ethnic Turkish support for Merkel?s party rising to 31 per cent

Roma girl ‘can return to France’

French President Hollande intervenes in the case of a Roma schoolgirl whose deportation to Kosovo sparked nationwide protests by French students.

Europeans are getting poorer, do you care?

Is the nation-state still the most viable form of political community or have the pressures of globalization reduced its possibility to maintain the well-being of its citizens in such a manner that we should look to a larger community of reciprocal solidarity, namely Europe?

Demonstrators protesting against the removal of a foreign student from France have clashed with police in Paris.

The European Union and Canada agreed a multi-billion-dollar trade pact on Friday that will integrate two of the world’s largest economies and paves the way for Europe to do an even bigger deal with the United States.

EU strikes trade deal with Canada, looks to US