Rethinking shoe leather and professional boundaries in reporting ? and academia

I was clueless about pretty much everything regarding academia and my field when I entered grad school three years ago (as opposed to merely ?most things? now), and in retrospect, that cluelessness should have worried me more than it did at the time. Not just for my own sake, but for the sake of the field I was getting into: I had been a working journalist for at least four years, one interested in digital media and planning to go into academia. Why had I barely heard of any of the research that had been conducted about journalism? Why was Jay Rosen just about the only academic studying journalism that I was aware of before I started looking into grad school?

The Knight Foundation?s Eric Newton draws attention to the knottier issues around a proposed federal shield law for journalists and urges critics to be included in the debate about whether it is better to have a constitutional or merely a legislative protection.

I believe a shield law that protects job descriptions is fatally flawed. At a Knight event in Washington last week, investigative journalist Scott Armstrong argued strongly that the government will slice out exceptions to protecting national-security reporters. ?More cases are emerging because it?s never been easier to leak or investigate leaks,? Newton writes. ?Reacting to a new generation of digital whistleblowers, like Chelsea Manning, Armstrong said this administration began to treat all leaks ?as if they were espionage cases.? There have been seven leak cases under the Obama administration, and only four in all of history before; Savage called challenging informants the ?new norm.??

Metadata May Not Catch Many Terrorists, But It’s Great at Busting Journalists’ Sources 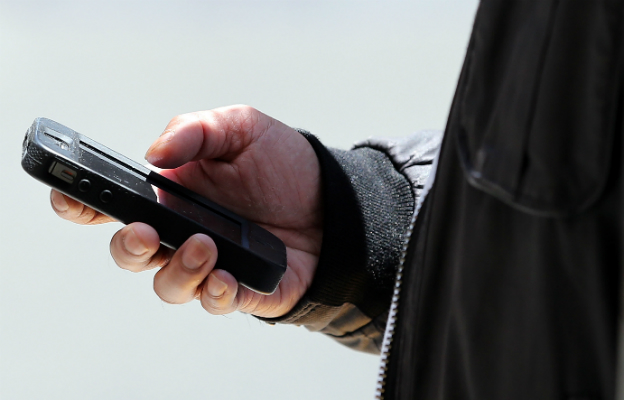 The National Security Agency says that the telephone metadata it collects on every American is essential for finding terrorists. And that’s debatable. But this we know for sure: Metadata is very useful for tracking journalists and discovering their sources.

The newsonomics of selling more stuff

This week, we saw the fairly astounding news that mobile minutes are doubling the amount of time Americans are spending online, with smartphone and tablet usage the great multipliers. Amazon reports that its Kindle owners buy four times more books than those who buy only print. Online video watching has increased at least 600 percent over the past five years ? averaging more than 200 videos, totaling over 22 hours, per month.

We can see this shift in our own lives and in the lives of media customers. So it shouldn?t be surprising that the emerging media and publishing business model can be summed up simply, if maybe inelegantly: Sell more stuff.

That?s according to this open letter to news organizations from Paul Tash, the board?s chair and chief executive of the Tampa Bay Times:

For 97 years, the Pulitzer Prizes have recognized excellence in American editorial writing. It?s a proud and robust tradition. Vividly expressing the institutional opinion of publications large and small, the winners have engaged a marvelous range of issues, stirring debate and often having an important impact on society ? from Main Street to the White House.

With that in mind, we want to renew our dedication to high-quality editorial writing and to seek broader participation in the category, especially among small and medium-size newspapers and news sites. We want to hear your voices.

This is the important part: Read the post below for more details if you?d like, but the important thing here is that we?d like you to take a brief survey to help us better understand how press passes and other media credentials are being issued today.

Taking 10 minutes or so will help us understand the current state of play and help us identify what further action we can take. And we want to make sure we get responses from a wide variety of newsgatherers ? journalists at traditional news organizations, bloggers, citizen journalists, and more. Thanks for your help.

The Hub of the Twitterverse: The Boston Globe has built a localized, tweet-powered news aggregator 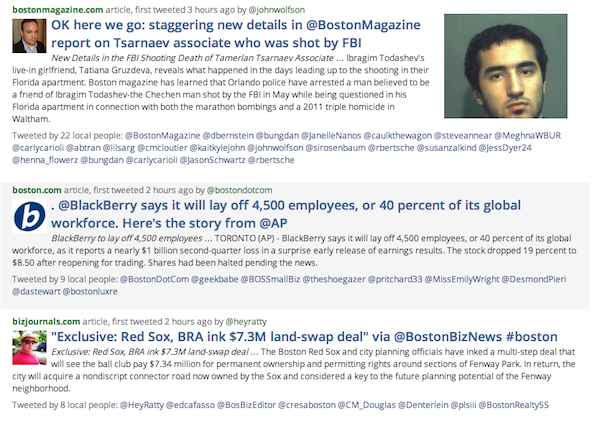 In the Boston area, the passing of a Dunkin Donuts franchise is news. So are the finer points of Tom Brady?s hair. But in this instance, we know the closing of the Mass Ave. Dunkin reached a certain level of?prominence? virality? social lift? ? because it made an appearance on 61Fresh, the experimental news aggregator built by the Globe Lab, the research and development team inside The Boston Globe.

Debates over commenting culture and how to manage it took center stage last week. The New York Times had an in-depth look at innovations in commenting just as Gawker was set to announce updates to its Kinja community platform. Then Popular Science announced they would be shutting down its comments section. The magazine said comments were out of control and detrimental to their mission, and Mathew Ingram gathered a milieu of responses from across the web, arguing that even noxious comments do more good than harm.