Barbie, Mutti Merkel and a monstrous personality cult: a campaign diary ahead of the 22 September German election.

Germany: on an electoral roll

Buy Germany, not the eurozone, after this weekend?s German general election

The top 10 ‘spiciest’ moments of the German elections

How do we put this delicately…the Germans aren’t exactly known for their sense of humour. Equally neither are politicians, other than attracting derisory chuckles at their attempts to seem cool or in touch with the common man. Combine the two and result is often enough to drive large swathes of people to watch the handwork of their decorator dry slowly. 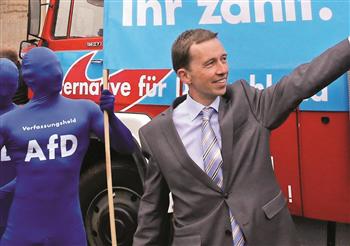 A German anti-euro party has attracted the support of 5 percent of the country?s population, a new poll has showed

EU partners await German poll before getting back to business

What EU countries are expecting from next Sunday’s German elections varies across the EU, but one sentiment prevails: once a coalition is installed in Berlin, the Union will be free to discuss important issues again. EurActiv network reports.

The elections in Germany this Sunday (22 September) appear to be dominated by a sense of indifference and a wish for continuity and stability.

According to the polling institute Forschungsgruppe Wahlen, 62% of the citizens are uninterested in the campaigns of the political contenders, the Christian Democrat chancellor, Angela Merkel, and her Social Democrat rival, Peer Steinbrück. Voter turnout is expected to decline compared to the last elections.

SPECIAL REPORT / The road transport lobby is casting admiring glances at Bogotá?s rapid bus transit system as it looks to vastly increase the number of people using public transport in the EU by 2025.

The International Road Transport Union (IRU) wants to give bus and coach travel a leg up by making the doubling of public transport by 2025 an EU policy priority.

The French government plans on saving tens of millions of euros by dropping the mass-mailings that are traditionally sent to voters ahead of elections, a measure which is creating unease because it targets only the European elections.

The new plan by the budget and interior ministries has been criticised for showing a lack of respect for European matters, seven months ahead of the EU elections, in May 2014.

Why Germans are moving to Poland

Why Germans are investing in Poland

EU elections 2014: Online tool aims to get the youth voting

As politicians prepare for the EU elections in 2014, the transparency organisation VoteWatch launched with civil society organisations an initiative to boost young people’s interest in European politics and get them to the polling booth.

The website MyVote2014.eu, launched together with youth organisations European Youth Forum and League of Young voters, polls users? opinion on ?salient? parliamentary votes, and matches their preferences to the track record of MEPs and groups in Parliament.

Ukrainians have the power to change their society for the better. Can European values serve as the guiding principles of progressive change instead of self-defeating stasis

The trouble with green building projects in Hungary ? Minding the East-West gap

Sustainable growth is one of the EU?s main concerns and fundamental objective for the following years. With a budget of 70 billion Euro for the upcoming financial framework, the Union is indeed committed to not just restart the continent?s economy but to do it in a safe and sustainable manner.

Gunmen shot dead a European Union police officer in a mainly Serb region of Kosovo yesterday (19 September), dealing the mission its first fatality since deploying in 2008 and shaking a fragile accord between the Balkan country and its former master Serbia.

The Lithuanian officer was killed in a northern region where minority ethnic Serbs are growing increasingly nervous over a deal brokered by the EU in April to integrate them with the rest of majority-Albanian Kosovo.

Source: European Council on Foreign Relations From Summary: The voices advocating a substantial overhaul of the European Union?s institutions have become weaker in the last 12 months. Comprehensive treaty reform is no longer on the wish list of the leading EU member states and is now the least likely option for

Two French police officers are to be tried for failing to save two teenagers whose 2005 deaths led to widespread rioting.

A new German anti-euro party has for the first time cleared the 5% threshold for entering parliament in an opinion poll, indicating that Chancellor Angela Merkel might be unable to repeat her centre-right coalition after Sunday’s federal election.

The INSA poll for Bild daily released on Thursday (19 September) put Merkel’s conservatives on 38% and the Liberal FDP party on 6%, giving a combined total of 44% – one percentage point lower than the total for the three left-of-centre parties.

The closing space for pro-EU arguments

A couple of pieces this week have brought me to consider how difficult the non-sceptic side of the EU debate has become in theUK.

While the US has commenced its ?pivot? to Asia, the EU is at a critical historical juncture, one that demands its own strategic shift eastward. Paradoxically, Europe’s lack of great-power status in the region provides a degree of diplomatic agility that the American heavyweight cannot muster.

Paying for sex in France may soon become a criminal offence, according to a forthcoming bill whose details were made public this week

Greece will not allow neo-Nazis to ‘undermine’ democracy: PM

Most Countries In Europe Are In A Post-political Situation 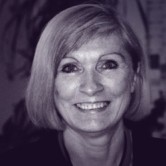 Is there a fundamental lack of choice between centre-left and centre-right parties in European party systems? The EUROPP team spoke to Chantal Mouffe on her theory of ?post-politics?, the need for political parties to offer a real alternative on European integration, and whether populism can have a positive effect on European democracy.

You?ve written extensively about ?post-politics?. Do you think that Europe is in a post-political situation?

Well I would certainly say that most countries in Europe are in a post-political situation. I developed this idea of post-politics to basically refer to the representative system in European countries, and the fact that there has been the establishment of what I call a ?consensus at the centre? between the centre-right and centre-left around the idea that there is no alternative to neo-liberal globalisation.