The Tragic Link Between Economic Crisis and Suicide 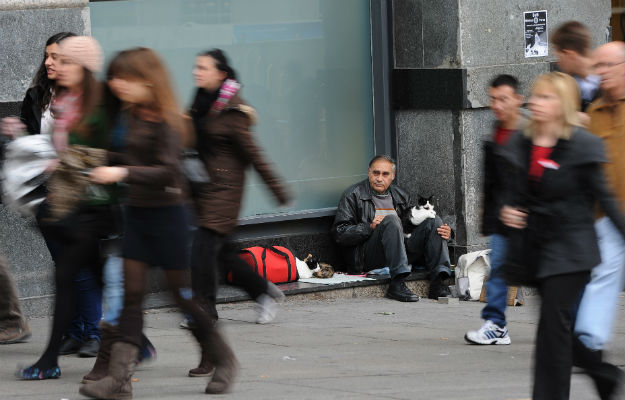 Europe’s four-year economic collapse has left an indelible scar on the continent, and the depressing data-points documenting its decline just keep rolling in. On Thursday, a Spanish suicide help-line reported that it saw a 30-percent increase in the number of calls it fielded in 2012. With a quarter of the Spanish population and half of its youth out of work, despair is just around corner for Spaniards these days,

A victory for British Justice, but so much more to do

Croatia’s EU Membership Off to Rocky Start Over Extradition Law

New European Union member Croatia backtracked somewhat in its first row with the bloc’s executive arm on 28 August, 2013, agreeing to fully apply the EU extradition law but only after Brussels raised the prospect of sanctions.

Catalans get ready for another massive pro-independence event

Catalan National Day, September 11, is just around the corner. The civic Association Col·lectiu Emma (@CollectiuEmma) has published a statement in English and 9 other languages on its blog. The text explains the current political situation in Catalonia (Spain’s far north-east corner) and calls worldwide media to keep an eye on the public pro-independence event that will take place on September 11.

Viviane Reding, the EU?s commissioner for justice and fundamental rights, has called for a Belgian-style mediator to be appointed following next year?s EU elections to try to form a Parliament coalition that will back the next president of the European Commission.

Speaking at the summer reception of the Union of European Federalists (UEF) on Tuesday (3 September), Reding said the 2014 elections would mark the start of ?a new era? for the European Union as they would be the first to be held under the Lisbon Treaty, which entered into force in 2009.

Winning the elections with just hands 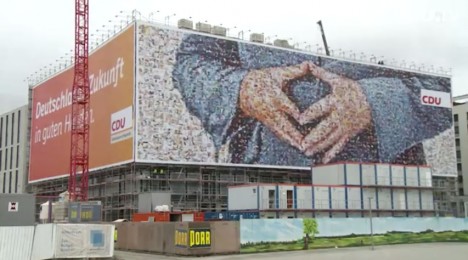 This is the best election campaign ad for me this year. It?s huge and it can be seen in Berlin at this time. 2.378 square meters with just the hands of CDU candidate and German President Angela Merkel.

Tomorrow’s front page of the Times features an interview with David Cameron in which he drops a strong hint that one of his first priorities for EU renegotiation/reform will be tightening up EU free movement rules and EU migrants’ access to benefits.

The founding fathers of the European Union had the citizen in mind, which makes European citizenship a centrepiece of Europe?s narrative. However, in these days of crisis, the civilizing mission of the EU rings hollow in view of its democratic deficit.

A crucial vote in the European Parliament on a revision of the EU’s legislation on tobacco products, which was planned for next week, has been postponed following a decision by the Parliament’s political group leaders, triggering angry reactions from the Greens.

The leaders of the main centre-right political groups in the Parliament, the European People’s Party (EPP), the Alliance of Liberals and Democrats for Europe (ALDE) and the European Conservatives and Reformist Group (ECR) have colluded to postpone the vote on the EU tobacco directive.

Germany and the European question

The longer Germans feel excluded from the Europe debate, the heavier each further step will be for the next chancellor to take

This is how Merkel could flunk the elections: enter the Far Left

Coalition politics combined with proportional representation and a fundamentally regionalised system can create the most fascinating potential outcomes ? and do your head in. Like this: Merkel could still lose the German elections. Die Linke ? the far-left party with a touch of DDR-nostalgia ? could become the Kingmaker, paving way for a Social Democrat (SPD)-Green coalition.

Barroso: ‘I deal with crises 24 hours a day, seven days a week’

As European Commission President José Manuel Barroso prepares for what could be his last State of the Union speech in Parliament next week, he has exchanged views with MEPs, exuding what participants say was an air of triumphalism over the Commission’s handling of the eurozone crisis.

The exchanges took place over a lunch that Barrosso held with leading MEPs in the Commission?s Berlaymont ahead of his 11 September speech, EurActiv has learned.

The Commission President, who spoke hours before taking a flight to St Petersburg for the G20 summit said that, for the first time in several years, he would not have to feel uncomfortable answering questions from world leaders on what the Union does to deal with the Eurozone crisis.  ?Even Cristina Kirchner?, the President of Argentina, had in the past given him lessons on how to deal with the crisis, he said.

Spain, Portugal and Italy have jointly proposed to pool resources for defence spending, seeing more coordination in the military sector as an answer to the economic difficulties the European Union is facing. EurActiv Italy reports.

The ministers addressed the need for a common European defence strategy and redefinition of the relationship between the EU and Nato on that matter.

The European Green Party opened this week its race to designate two figureheads to lead the European elections campaign and be the candidate-designate for the European Commission president.

Nominations will follow in the coming weeks, but key names are already floating.

National member parties are to put forward their candidate to represent the European Greens’ agenda in the European Parliament’s elections in May 2014.

The European Commission expected a decline of French economic activity for 2013 but the OECD forecasts growth of 0.3%, with the Paris-based think tank saying that “the eurozone in its entirety is no longer in recession?.

It may appear as good news for France but it is modest. The Organisation for Economic Co-operation and Development (OECD) has revised its growth forecast for the French economy upwards. This optimism is shared by the French National Statistics Office INSEE.

While some cuts in national healthcare budgets may have improved the sector’s efficiency, some doctors say EU countries’ choices were often misguided and ended up harming patients.

Between 2008 and 2011, 17 out of the EU?s 28 member states have slashed their public spending on healthcare due to austerity policies, delegates heard at the annual conference of the European Public Health Alliance (EPHA), organised in Brussels on Thursday (5 September).

The implications of a British exit for Europe and its strategic ambitions would be horrifying. To avoid such a scenario, an early EU referendum would clarify a lot of things, writes Judy Dempsey.

Judy Dempsey is a senior associate at Carnegie Europe and Editor in Chief of Strategic Europe. She is also a columnist for the International Herald Tribune.

“On September 2, the dwindling band of Britain?s pro-EU Conservative lawmakers opened their e-mails to find a message marked ?private and confidential.?

Green is the new black

Kevin Lees is an attorney in Washington, D.C. and the editor of the comparative politics blog Suffragio.org.

“Though German chancellor Angela Merkel spent the past four years steering the eurozone through a massive financial crisis, the key to Merkel’s reelection may run not through Brussels but through Jamaica.