Bayık: Turkish State Wants War, We Will Defend Ourselves

KCK Executive Council Co-Chairperson Cemil Bayık said the Turkish state has yet to take a step forward in the democratic peace process and wanted to make war – a situation that will require them to make self-defense. 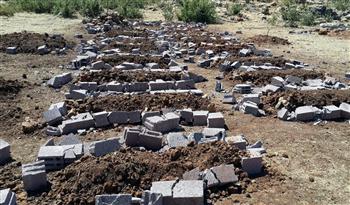 Disputes over ?state language? and ?education in mother tongue? in Parliament?s Constitution Conciliation Commission are continuing

Turkey is a secularist state, but it is impossible to ignore the wishes of the country?s pious population, Deputy Prime Minister Bülent Arınç says

If Turkey?s prime minister persists in playing politics with the economy, he risks losing his supporters among the business elite.

The ruling Justice and Development Party (AK Party), having received 50 percent of the votes

Turkish Parliament gets makeover to lower tension between MPs