Czech communists to return in office for first time since 1989

The Czech parliament voted yesterday (20 August) to dissolve itself, triggering an early election that could hand the Communist Party a share of power for the first time since a bloodless revolution ended the party’s totalitarian rule two decades ago.

Opinion polls show that the centre-left Social Democrats will be the biggest party, but they will need support from other groups to govern. Party leader Bohuslav Sobotka said he would talk to the Communists about forming a partnership.

The Spanish Minister of Employment and Social Security, Fátima Bañez, has launched [es] a ?complaint box? to combat workplace fraud. The government is encouraging citizens to anonymously report cases of fraud committed by companies and individual workers for further investigation by the Office of Labor Inspection. 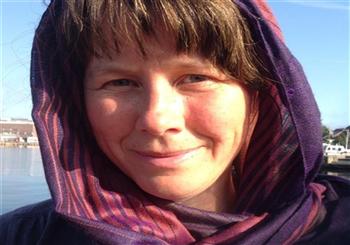 Sweden women from different faiths, including politicians and TV hosts, have started posting photos of themselves in headscarves in solidarity with a woman attacked for wearing a veil

German Finance Minister Wolfgang Schäuble said on Tuesday (20 August) for the first time that Greece will need another bailout, triggering a storm of protest from opposition parties five weeks before an election in Europe’s biggest economy.

While analysts have long predicted Greece will require more aid, albeit on a smaller scale than previous bailouts totalling about ?240 billion, Chancellor Angela Merkel has tried to keep Greece out of her campaign for re-election to avoid angering German voters who fear they will foot the bill.

Germany as ?euro conductor? of investments in Ukraine

The attractiveness of integration to the EU for Ukraine

In the context of Ukraine?s prospects of European integration there can be different attitudes to today?s economic problems in the EU. Recent statistic data isn?t too encouraging and it becomes a news topic for supporters of Ukraine?s joining to other integration structures. In fact European economy is in a recession and according to the prognoses of the European Commission Eurozone will be able to return to the trajectory of growth only next year. With this the situation on the labor market continues to deteriorate. The experts of the Organization for Economic Cooperation and Development expect that the rise of unemployment rates will be at 12% and over.

After NSA insider Edward Snowden absconded with thousands of sensitive U.S. government documents from unsecured NSA servers earlier this year and gave them to the Guardian newspaper, a U.K spy agency forced the paper to destroy hard drives containing copies of the documents because the agency said the newspaper’s servers were not secure.

The European Commission has declined to comment on whether pressure exerted by UK authorities on the Guardian newspaper to destroy sensitive documents leaked by whistleblower Edward Snowden constituted an attack on media freedom.

A spokesperson for Viviane Reding, the European Commission Vice President responsible for Justice and Fundamental Rights, avoided questions on the issue at the EU executive‘s daily press briefing on Tuesday (20 August). 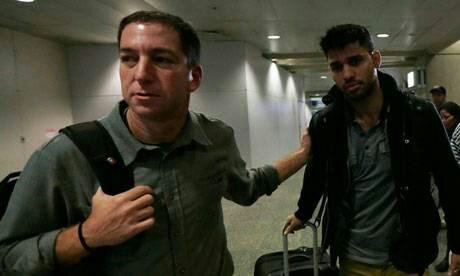 Britain may now be categorised as a pariah state. Over the last 24 hours it was revealed that the offices of one of the world?s most respected newspapers, The Guardian, was raided by members of the British Security Service, who demanded the editor destroy hard drives containing alleged files and documents pertaining to information sources by whistleblower Edward Snowden. On Sunday the partner of Glenn Greenwald, the Guardian journalist who coordinated the Snowden stories, was seized by British Intelligence when in transit at Heathrow Airport, held for 9 hours, threatened with imprisonment and had all his electronic devices taken for examination.

David Miranda, schedule 7 and the danger that all reporters now face

theguardian.com ? Alan Rusbridger ? 8/19/13 2:30 PM ? In a private viewing cinema in Soho last week I caught myself letting fly with a four-letter expletive at Bill Keller, the former executive editor of the New York Times. It was a confusing moment. The man who was pretending to be me

European jihadists: The continuation of a historical trend

Reports have circulated for months about the growing number of foreigners fighting alongside Islamists in places such as Libya and Syria. European authorities will intensify counterterrorism efforts, but preventing all attacks will not be easy, writes Stratfor.

?In April of this year, EU Counterterrorism Coordinator Gilles de Kerchove estimated that some 500 European citizens were fighting in Syria, most of them from the United Kingdom, France and Ireland. A survey by the International Center for the Study of Radicalization at King’s College London found that up to 600 Europeans from 14 countries, including Austria, Spain, Sweden, the United Kingdom and Germany, have participated in the Syrian conflict since it began in early 2011, representing roughly 7 to 11% of the total number of foreign fighters in Syria. The study showed that the largest contingent of foreign militants – somewhere between 28 and 134 – came from the United Kingdom. (The number of foreign fighters could be higher considering that many likely cycled through the fighting arena and returned home in a very short time.)

The rise of women in Italian politics

From Laura Boldrini and Cecile Kyenge to Emma Bonino, Italian politics has recently been revitalised by a new generation of active female politicians. Can they be a force for good in Italian politics?

In Ukraine, it grows on trees … 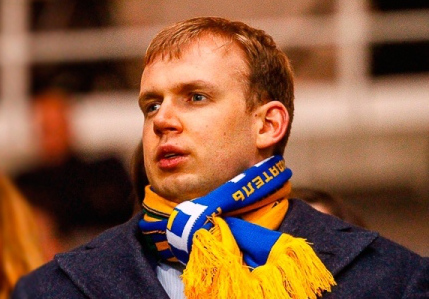 Ever since becoming Ukraine?s president in 2010, Viktor Yanukovych has been preparing for his next election in 2015 ? and this time he intends to win without the support of the oligarchs. But he needs cash, lots of it, and this, as Sergii Leshchenko reports, is where “self-made” Serhiy Kurchenko comes in.

The myth of Weimar Europe

Since the start of the Great Recession, it has become received wisdom that the far right is on the rise across Europe. But not often is the ‘economic-crisis-breeds-extremism’ thesis confronted with actual facts.

Germany?s finance minister Wolfgang Schäuble says further funds will be needed to help country ?get over the hill? of debt financing it still faces

Olli Rehn, the European Commission’s vice president in charge of economic and monetary affairs, has reportedly told the Finnish press that he may run to head the Alliance of Liberals and Democrats for Europe (ALDE) group?s list in European elections next year, so becoming their candidate to be the next president of the EU executive.

According to the newspaper Helsingin Sanomat, Rehn may run for ?the number one spot? as ALDE leader in the next European Parliamentary elections, scheduled for 22-25 May 2014.