Turkish Prime Minister Recep Tayyip Erdoğan, an outspoken supporter of Egypt’s ousted President Mohamed Morsi, lashed out at the European Union for remaining idle despite massacres in Egypt, Syria and the Palestinian territories.

At a press conference held at Ankara airport before his departure for Turkmenistan yesterday (15 August), Erdoğan said democracy throughout the world would be called into question if the West failed to take serious steps.

In the midst of the tragedy that Egypt is living through, Mariz Tadros looks at the future scenarios for the Muslim Brothers

After bloody street clashes that left hundreds dead, the government in Cairo declared a state of emergency in Cairo on Wednesday. Earlier on in the day the security forces had violently cleared the protest camps set up by supporters of toppled president Mohammed Morsi. Commentators warn that the country could be left permanently divided and declare the Arab Spring a failure.

In power, the Muslim Brotherhood?s repressive tactics led to low intensity, long term civil unrest. This enhanced the image of the military as a force for moderation and secularism in Egyptian politics, bypassing, of course, the Maspero massacre where Copts were run over by military vehicles.

Countries wanting to aid the Syrian revolution must focus on local councils like that of Manjib, not the Syrian National Coalition, and act together.

Saudi king calls on Arabs to stand with Egypt against ‘terrorism’

Saudi King Abdullah called on Arabs to stand together against ‘attempts to destabilise’ Egypt, in a strong message of support for the country’s military leadership

Egypt and Turkey on Friday cancelled planned naval exercises, the latest escalation in a diplomatic row over the bloody crackdown on ousted president Mohamed Morsi’s supporters. 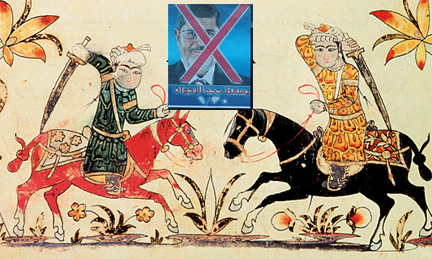 I have been reading a number of Mamluk historians recently and the turn of events in Egypt since the removal of President Morsi is an eerie reminder that the history of Egypt is more than the Nile, as Herodotus once put it; Egypt is the home of coup after coup from the Pharaohs to the Greeks to the early Muslims who founded Cairo to Fatimids, Ayyubids, Mamluks, Ottomans, Napoleon, the British and Nasser. The Nile still flows and the blood still spills out in the ongoing history of civil strife. The history of Egypt beyond the pyramids that the tourists photograph is very much about the military.