Snowden applies for asylum in Russia

Fugitive US intelligence leaker Edward Snowden has applied for temporary asylum in Russia from inside Moscow’s airport, officials say.

Edward Snowden, a former contractor for the U.S. Central Intelligence Agency, has been trapped in the transit lounge of Sheremetyevo airport

The former US intelligence agency contractor Edward Snowden wants to apply to Moscow for temporary asylum. But the Russian authorities claimed on the weekend that they hadn’t yet received a request to that effect. Of all people, the whistleblower is turning to autocrat Putin for help, some commentators observe, and call for him to be granted amnesty or at least a mild sentence by a civil court in the US. 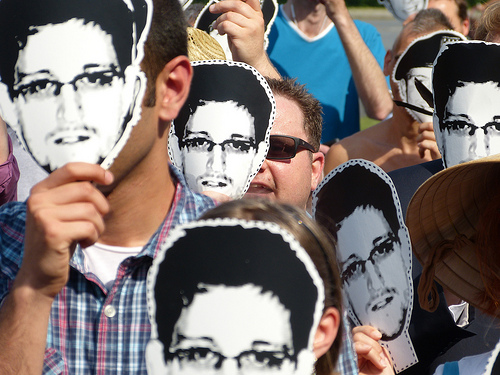 Anything concealed from citizens, which also has absolute power over them, may be legal, but is not lawful. Do democratic states really need the secret services?

The Center of Investigative Journalism of Puerto Rico published that in a series of classified documents leaked by Edward Snowden, it appears that the U.S. National Security Agency (NSA) and the Central Intelligence Agency (CIA) were using a naval base on the island as the center of operations to spy on several Latin American countries, including Brazil, Colombia and Venezuela. This information had already been published in the newspapers O Globo (Brazil), El País (Spain), and The Guardian (UK).

Remarks signal Kremlin?s anxiety either to find an exit from the Snowden saga or disavow any link to his actions, but asylum still possible

Photo: Protesters line the entrance to Fort Meade, the army base which houses the military court where Wikileaks source PFC Bradley Manning is on trial. Alexa O’Brien.

Snowden, the NSA, and Latin America: Beyond the Headlines

If you were to read only the headlines of US news covering the controversy surrounding Edward Snowden and the NSA?s surveillance in Latin America over the last two weeks, it would be easy to think that Latin America was a single block of countries that almost always united again the Unites States.

Security researcher Bruce Schneier writes in the latest edition of his Crypto-Gram newsletter:

Putin accuses US of ‘trapping’ Snowden in Russia

Russian President Vladimir Putin on Monday accused the United States of trapping US intelligence leaker Edward Snowden in Moscow, saying he would leave Russia as soon as possible

The Perils of Putting a Label on Edward Snowden

Edward Snowden, the man who revealed the existence of surveillance programs run by the the United States National Security Agency (NSA) has triggered divisive public and media debate. Is he a traitor? A hero? A fugitive? Or a spy? How should his actions be described?

Don’t worry, we only spy on terrorists (worry, because everyone we don’t like is a “terrorist”)

Bruce Schneier has a great essay about the fact that NSA spying apologists say that dragnet surveillance is limited to cases of terrorism: but “terrorism” is now synonymous with “whatever it is people we want to spy on are doing.”

After spending almost a month unseen in the international transit area of Moscow’s Sheremetyevo airport, former NSA contractor Edward Snowden met with representatives of Russian human rights organizations and Russian MP Vyacheslav Nikonov. During the Friday June 12, 2013 public appearance, Snowden made a brief statement, and took questions from the assembled journalists (full audio available here [en and ru]) at what was termed a ?G9 meeting.? Snowden criticised his government’s secret courts, overarching system of surveillance, and the diplomatic campaign aimed at preventing him from finding political asylum. He also announced his intention to take asylum at any country that could ensure his security, and thanked those countries that have offered him assistance:

He may not have a passport, or a home address beyond Terminal F in Sheremetyevo airport in Moscow. But NSA whistleblower Edward Snowden does at least have a shot at winning the Nobel Peace Prize, it emerged Monday.

The Times Profiles a Patent Troll

This weekend, the New York Times published a fascinating portrait of Erich Spangenberg of IPNav, who has been called one of “one of the most notorious patent trolls in America.” In the past five years, IPNav has sued 1,638 companies.

SANFORD Even Scott Pleasants, a college professor testifying by Skype in the murder trial of one of his former students, couldn’t keep a straight face when the whoosh-whoosh sounds of incoming calls derailed the testimony. His head, projected in real

Adam Liptak in the New York Times writes about something US Solicitor General Donald B. Verrilli Jr. made to the Supreme Court, about seven months before NSA contractor Edward Snowden revealed new evidence of the government’s massive and secret surveillance programs:

Airport as a Homeland: Snowden

I lost my homeland in the fall of Yugoslavia. My passport changed five times even though I never changed my home address. I could not enter the Library of Congress in the USA because my country did not exist in their computer.

Marissa Mayer and Yahoo: A Look Back at Year One 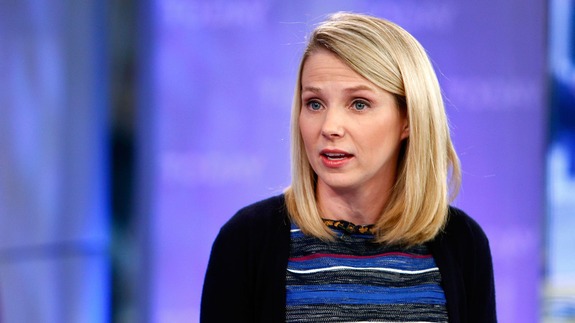