?What is being experienced are the political tensions Egypt needed to live through during the revolution

Military coups are now prepared in squares, through social media like in Egypt: Turkish PM

The groundwork of military coups is laid by demonstrations and through social media like in Egypt, Turkish PM erdoğan has said 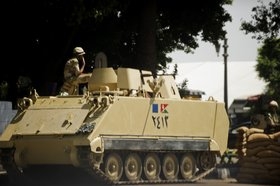 Top news: Egypt’s new military-led government broadened its crackdown on the Muslim Brotherhood on Wednesday, issuing arrest warrants for nine top Brotherhood officials, including Mohamed Badie, the group’s spiritual leader. Prosecutors charged all nine with inciting violence against the military and inviting the clashes that left 51 dead on Monday outside the Cairo headquarters of the Republican Guards. (Witnesses attest that the military opened fire with little provocation.) Authorities have already detained fivetop Brotherhood officials, including deputy leader Khairat el-Shaiter, as well as ousted President Mohamed Morsi and several of his top lieutenants.

The Muslim Brotherhood in Egypt has called for new mass protests today, Friday, against the ousting of president Mohammed Morsi. They continue to reject the offer from the interimpresident Hazem al-Beblawi to work together. Commentators warn against leaving the Muslim Brotherhood out in the cold, and tell Egypt not to rush political reform.

Egypt: the return of the generals and the future of transition 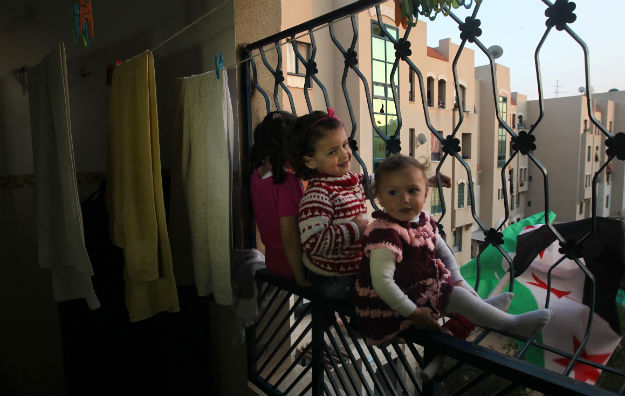 CAIRO — On July 8, Suad, a Syrian woman residing in Egypt, returned home with her mother after a trip to Jordan to renew her passport. Her three daughters and husband were waiting for her in the city of Alexandria, just a few days before the beginning of the holy month of Ramadan

The Egyptian Struggle and Beyond

A long transition in the Middle East ? difficult, time-consuming, and expensive ? is underway. And, while many in the West believe that it should be someone else?s job to help sort it out, this struggle matters to everyone.

Some American analysts welcomed the ouster of Egypt’s democratically elected president because it removed a political Islamist and opened the way for secularists. This Western thinking endangers democracy in Egypt. Integrating Islamists into politics is essential in the Arab world. A chorus of liberal US foreign policy voices welcomed the July 3 ouster ofEgypt?s first democratically elected president, Mohamed Morsi. This was a ?good military coup? that American liberals should support, they argued, because it was done in the name of the people, it advances progressive values, and most importantly, it removes political Islamists from power and opens the door for Egyptian secularists.

The state of play in Tunisia, Libya, Gaza, Israel, Turkey, Jordan and Morocco after the ousting of Mohamed Morsi in Egypt