Online and Off, Information Control Persists in Turkey

Demonstrators in Turkey have occupied Istanbul?s Taksim Square since last May, in a movement that began as an effort to protect a city park, but has evolved into a larger mobilization against the ruling party?s increasingly autocratic stance. 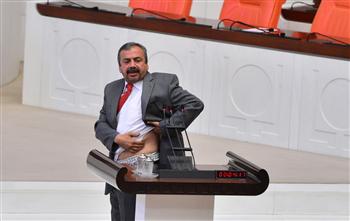 Police intervene in Ankara as another machete-wielding man threatens protesters

Police in Ankara?s Kızılay district intervened against a group of protesters commemorating the death of the fifth Gezi protester, while a man with a machete showed up during another protest at the Dikmen district 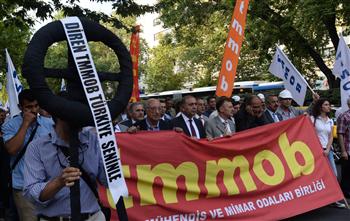 Members of the Chamber of Architects and Engineers? have protested the adoption of a midnight bill removing its involvement in city planning processes

Mücella Yapıcı, a spokesperson for the Taksim Solidarity Platform detained two days ago, was released today on an order of the prosecutor due to her health condition.

The Divan hotel which sheltered Gezi Park protesters and bystanders injured by the police?s crackdowns in Istanbul has expressed indignation over ‘slanderous’ accusations

Amnesty International has released a report about the refugees who try to enter the European Union (EU) through the Turkish-Greek border.