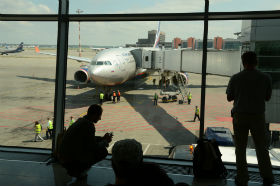 The White House urged Russia to expel former government contractor Edward Snowden ‘without delay,’ as Kremlin opted out handing him over to the U.S. authorities

The crisis that has shaken the Moscow bureau of Radio Liberty over the last year appears to be drawing to a close. Zygmunt Dzieciolowski spoke to its Acting President and CEO Kevin Klose about his plans for the station.

Death and the Mainframe: How data analysis can help document human rights atrocities

Between 1980 and 2000, a complicated war raged in Peru, pitting the country?s government against at least two political guerilla organizations, and forcing average people to band together into armed self-defense committees. The aftermath was a mess of death and confusion, where nobody knew exactly how many people had been murdered, how many had simply vanished, or who was to blame.

Snowden ‘has not entered Russia’

Moscow denies any involvement in the case of fugitive ex-US intelligence officer Edward Snowden and says he has not entered Russian territory. 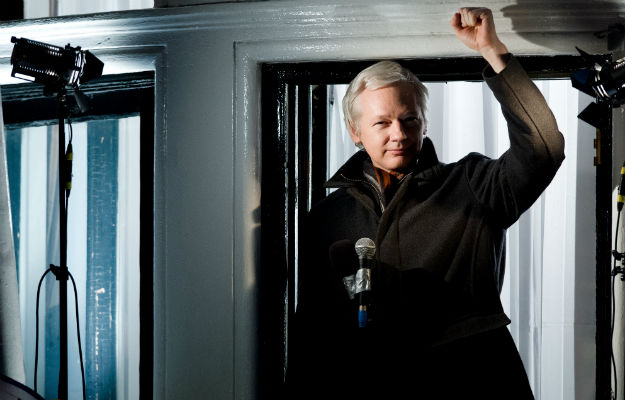 Just like that, Julian Assange is back on the world stage.

Is Edward Snowden Any Good at Spycraft? 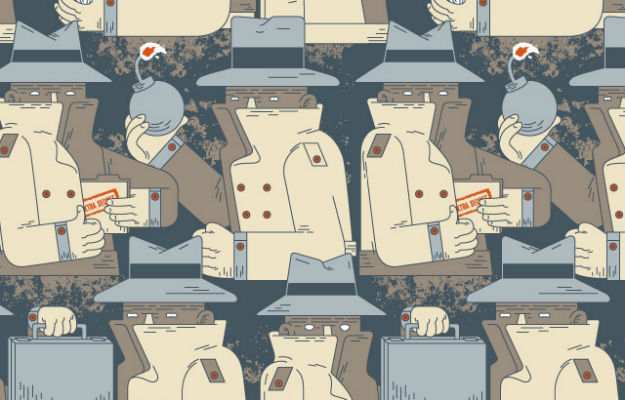 Sure, Edward Snowden’s non-flight to Cuba, whereabouts in Russia, and request for asylum in Ecuador are getting most of the attention today. But amid all the hubbub, Monday’s news also brought us this small but intriguing detail from a New York Times story on how Snowden planned his exit from Hong Kong over a “cloak-and-dagger” pizza dinner.[[BREAK]]

Russia said it would not accept any blame over former U.S. spy agency contractor Snowden’s efforts to evade prosecution

Samsung is in early talks with the European Union?s antitrust regulator to settle charges that the Korean company abused its market position by seeking to bar Apple from using an essential mobile phone patent, Reuters reports.

On his Sunday politics/media talk show Meet the Press, host David Gregory asked Glenn Greenwald, ?To the extent that you have ?aided and abetted? [Edward] Snowden, even in this current movement, why shouldn?t you, Mr. Greenwald, be charged with a crime??

[Update: The New York Times issues a correction.]Alexa O’Brien, the independent journalist who has been doggedly covering the Bradley Manning case and has been in court every day at Ft. Meade, doing what the New York Times hadn’t?

The Americans Who Escaped to Russia Long Before Edward Snowden

In camping out at a Moscow airport, Edward Snowden is joining a long line of Americans who have fled to Russia. Suffice it to say, it’s not the most flattering group of individuals with which to be associated.[[BREAK]]

Snowden may never have gone to Russia

The BBC reports that Russian Foreign Minister Sergei Lavrov says that Edward Snowden has not entered Russia at all — but he and the rest of the country are mighty resentful of all the US officials who’ve been claiming that he was kidnapped by Russian authorities. Wikileaks says they know where Snowden is, and that he never went to Russia in the first place.

Snowden’s got an encrypted insurance file

According to Glenn Greenwald, Edward Snowden has an encrypted insurance file stashed with several trusted people that will be decrypted and released “if anything happens” to him. Modern crypto has lots of ways to accomplish this, including partial key escrow, in which a bunch of encryption keys are distributed to various parties; the individual keys aren’t sufficient to decrypt the file, but a quorum of them are. For example, you can release a key to ten people and configure it so that any three can, in combination, unlock the file.

In a victory for Google, the European Union?s highest court on Tuesday was advised to strike down a Spanish regulator?s demand that the search engine grant citizens a broad digital ?right to be forgotten,? including the ability to delete previous arrests and other negative publicity from Google?s online search results. An expert opinion requested by the European Court of Justice, which is based

Why Twitter Has More Freedom to Innovate Than Google

When the University of Michigan abandoned good old fashioned telephone lines in favor of new-age phones that sent calls over the public internet, Marius Eriksen’s class project was to build software that could eavesdrop on student conversations.

Two of the biggest threats online are malicious software (known as malware) that can take control of your computer, and phishing scams that try to trick you into sharing passwords or other private information.