Sitting in his office in the German university town of Chemnitz, ArvedHuebler often thinks of the poor in rural India. Huebler is a physicist, a professor at the Chemnitz University of Technology and director of the Institute for Print and Media .

Bureaucracies and the people within them

Over at the Anthropology & Environment Society?s ?Engagement? blog, Janis Alcorn has a pretty fascinating post about some of the social inner-workings of large bureaucracies.  In this case, USAID?an organization that she has 25 years of experience working with.  The post starts off with a quote from an interview with Andrew Mathews, who argues that bureaucracies function by ?bleaching out local context and coming up with big simplifications.?  Alcorn disagrees: 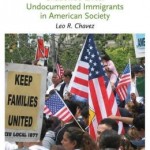 I think a lot of people in the US want to forget about racism.  They don?t want to talk about it, bring it up, deal with it, think about it.  They want to tell themselves that racism was something that happened in the distant past.  Racism is a problem for history books.  Racism was a serious problem in the early days, back when the nation was first formed and slavery was an acceptable, rampant institution.  Or maybe back in the days of the civil war, when the US was literally torn apart amidst a time of deep racial inequalities.  Sure, that?s when it was a problem.  And perhaps the problems of racism lingered until the 1930s or maybe the 1950s.  Yes, those were the days when things were really bad.  People want to tell themselves that today things are different.  Racism is history.

In the USA we are confused about, and fascinated with, race. Let me give you two examples:

#1- Much discussion about the recent terror attack in Boston circled around the race of the perpetrators, and once they were caught it got even more interesting.   Are the Tsarnaevs white?  They are from the Caucus region so they are Caucasoid and/or Caucasian, right?  Isn?t that white?  It must be because Wikipedia tells us it is. But, wait, they are Muslim and sort of swarthy?that can?t be white, can it? What is going on here? Why is whether a person is ?white? or not such an important element in American (USA) discourse?

Ryan Anderson: You focus on race and racism in a lot of your work. Why?

Jonathan Marks: Because it is the question that defined the field of physical anthropology for most of its existence, and we have learned a lot about it. But when I was in graduate school, in the late 1970s and early 1980s, physical anthropology was busily defining itself out of relevance. People were publishing fine books on, say, ?Human Variation and Microevolution,? without mentioning the word race. They said, ?There is no race, there is just population genetics, we have solved this problem, good night.? And everybody else said, ?Actually race is important, and if you won?t talk to us about it, we?ll turn to sociologists and fruitfly geneticists, and worse yet, even to psychologists.?

I?ll break end-of-semester radio silence today to make some comments on Gillian Gillison?s recent article All for One and One for All: A Response to Marshall Sahlins. It?s a great example of how not to engage in academic argumentation ? in fact it?s the opposite of Sahlins?s new piece at the London Review of Books which is actually worth reading.

I had seen bits and pieces of SA Grigoriev’s ideas in various publications, but it’s nice to see this work in its entirety (although the reproduction of the maps doesn’t seem to be very good). From the conclusion:

Are vervet monkeys truly conformist? (and should we care?)

A recent paper in Science allegedly showing conformist imitation in vervet monkeys is raising criticism. The study, by Érica van de Waal, Christelle Borgeaud, and Andrew Whiten, shows that vervet monkeys reproduce the arbitrary food preferences that are exhibited in their social group.

Uruk migrants in the Caucasus

The period between the 4th and 3rd millennia B.C. was the time of great cataclysmic events in the Caucasus; its cultural advances were influenced by changes within its boundaries as well as interactions with the outside world.

Have you read Douglas Reeser and Claire Novotny?s recent Anthropology News article on heritage distancing? The article, Destroying Nohmul, describes the destruction of an ancient Maya site in Belize. Read the entire article on the Anthropology News website, below is an excerpt:

Sitting in his office in the German university town of Chemnitz, Arved Huebler often thinks of the poor in rural India. Huebler is a physicist, a professor at the Chemnitz University of Technology and director of the Institute for Print and Media

Links: From The Golden Bough to Digital Public Anthropology 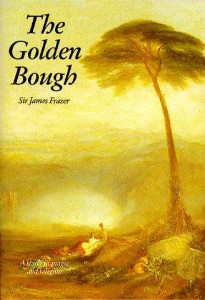 Most graduate programs in anthropology require us to take a course in methods to prepare us to ?do anthropology? on our own. In class, we discuss what makes a good research question, the trade-offs between qualitative and quantitative data, and the importance of taking good field notes. Sometimes we even get to conduct research and experience firsthand how to enter a community, recruit informants, transcribe interviews, and code data. This practical training allows us to try out the methods we are learning in class and troubleshoot any problems we have along the way with our professors and peers. In this post, I want to talk about the benefits of this model for cultivating a related, necessary, but often neglected skill-set in graduate school ? digital literacy.