How long should we expect Google Keep to last?

Last week Google annouced that on July 1 it will close its RSS feed reader service, known as Google Reader.

Google Reader, like other feed readers (RSS or Atom, mainly) is a very practical way to keep up with new content that is published on the blogs and websites that have this ability. In a later announcement Googleadded:

You may have heard by now that Google is shutting down Google Reader, their RSS reading service. It’ll be gone by July 4. Fortunately you can export your subscriptions and use another service…here are some suggestions from Matt Haughey and Gizmodo. Or you can wait for Digg’s reader.

Alas, Google Reader is Dead. What are the Alternatives?

from social media vb by emoderation

While it?s true that the need for traditional RSS readers has reduced, thanks in part to Twitter and apps such as Flipboard, Google Reader ? and RSS in general ? is still really useful at piping through the news for those who follow a lot of feeds. So what do we use now? Feedly? Fever? Newsblur?

Dump Google Reader for Feedly, All the Cool Kids Are Doing It

Industry observers have been saying for years that RSS is dead or dying. And yet, strangely, we still use RSS to disseminate and aggregate content today. The problem, what has everyone on Twitter and Google+ flummoxed, is that Google Reader, the undisputed King of RSS tools, is being shut down

Feedly picks up 500,000 new users following Google?s decision to can its Reader service

The first RSS reader I used was Bloglines, back in 2005. I kept using it for 2 years, but people kept saying I was missing out by not using Google Reader, so in 2007 I made the switch, and I have used it pretty much daily ever since.

Google shutting down Google Reader: where should we go next?

Google has announced the imminent shutdown of Google Reader, effective July 1. I use Reader every day, often as the back-end for other RSS reader apps, like the excellent Newsrob for Android, and it’s the core of how I blog and stay informed — over the past several years, I’ve gradually shifted over from bookmarked tab-groups to feeds — I used to have hundreds of the former, now it’s more like a hundred, and my feeds have ballooned into the thousands.

How to Transition From Google Reader to Feedly: Plus Other RSS Reader Alternatives

Google caused quite the uproar yesterday when they announced Google Reader will be shut down in the beginning of July. If you’re a content curator or just an avid Reader fan, this could pose a really big blow to your productivity and the discovery system you’ve spent all that time constructing. So what is the best alternative to Google Reader out there?

Digg announces plan to build an RSS reader with ?the best of Google Reader?s features,? including its API

Fear Not, Digg Is Building a Google Reader Alternative

How to Export Your RSS Feeds From Google Reader

from Mashable! by Vignesh Ramachandran

from BuzzMachine by Jeff Jarvis 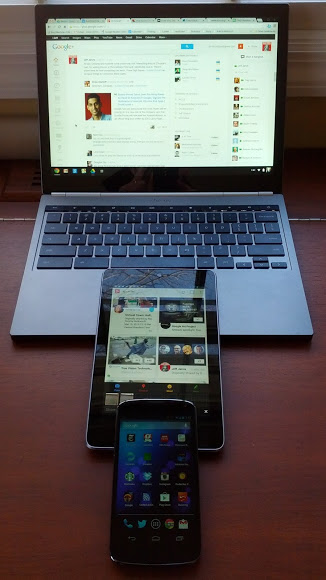 I was about to sit down and write an aria of praise to living the Google life, now that I have transitioned fully from my iPhone, iPad, and Mac and functioned fully for a few months with Android, Chrome, and services from Gmail to Google Calendar to Google Now to Google Readeron my Nexus 4, Nexus 7, Chromebook and now Chromebook Pixel.

The UK?s answer to TED, Thinking Digital, announces its 2013 lineup. See you there?

Google Reader Is Disappearing Soon, but There Are Alternatives [VIDEO]