Citizenship after orientalism – an introduction

Engin Isin holds a Chair in Citizenship and is Professor of Politics in Politics and International Studies (POLIS) at the Faculty of Social Sciences, The Open University. He has published widely on the politics of citizenship. From Cities Without Citizens (1992) to Being Political(2002) his concern has been to document historically how citizenship has been contested by its ‘others’ (strangers, outsiders, aliens). His most recent book Citizens Without Frontiers (2012) elaborates on the themes of his Inaugural Lecture.
Here he introduces this week?s theme:

Orientalism and the modernisation of sexuality

In the last two decades gendered and sexual ?others? have been ?included? in citizenship, as new sexual rights?bearing subjects. To what extent is this a Euro-American configuration within political liberalism? How do colonial and orientalist ideas about democracy follow from this restricted notion of the sexual citizen?

Perpetually connected: Are wearable computers and bio-implants the future of mobile?

from The Next Web by Mez Breeze

In recent years, US colleges and universities have undertaken measures to reduce piracy.
In 2010 the U.S. Government added a new requirement for colleges and universities to stop illicit file-sharing on their networks. This legislation puts a defiant school at risk of losing federal funding if it doesn?t do enough to stop illicit file-sharers on its campus.

from Berkman Center Newsfeed by kwhitebloom
In anticipation of worldwide Open Access Week, the Harvard Open Access Project is pleased to release version 1.0 of a guide to good practices for university open-access policies.

by Dan Colman
While you were sunning yourself on the beach this summer ? or just taking a nice staycation at home ? we were busy tracking down new courses to add to our list of 530 Free Online Courses. Available via YouTube, iTunes or the web, these courses were taped on the campuses of top universities like Stanford, Yale, MIT, Oxford, Harvard and UC Berkeley. They range across diverse disciplines ? Philosophy, History, Computer Science, and Physics, to name a few ? and you can access them all for free. Below we?re highlighting some of the most recent additions to the big master list, and also throwing in a few interesting bonus picks. Hope you enjoy:

Coursera doubles university count to 33, now hosts over 200 courses for over 1.3 million students

from Writerswrite.com’s Writer’s Blog
E. L. James, the bestselling author of the Fifty Shades of Grey trilogy, is actually quite shy. She doesn’t like to do interviews and is uncomfortable in front of the camera, having spent so many years behind the scenes in television production. Katie Couric landed the first interview with James since she hit the big time. So far, 30 million copies of her books have been sold.

Some overall points
? Gunter paper is a review of behavioural research on media effects on violence – extensive and useful, goes over the different types of research, etc
? The most fundamental difficulty is that everyone is different, media effects get filtered through individual cognitive and cultural screens, “certain forms of media violence can exert certain kinds of effects on some media consumers some of the time.” (p1113)

from open Democracy News Analysis – by Geoff Andrews
Despite all the compliments, we are entitled to ask: what has Britain?s current Labour Party really learned from Eric Hobsbawm?

Definition of political prisoner by PACE

On 3 October 2012 the Parliamentary Assembly of the Council of Europe (PACE) adopted a resolution ?The definition of political prisoner? by rapporteur Christoph Strässer. After much debate and controversy, PACE eventually confirmed the definitional criteria endorsed both by the rapporteur and NGOs, and developed by the independent experts in 2001 on account of Armenia?s and Azerbaijan?s accession to the Council of Europe. From a perspective, the nervousness surrounding the resolution becomes understandable. After all, there were really two resolutions at stake ? the one concerning the definition and the other related exclusively to political prisoners in Azerbaijan tabled for vote in January 2013.

Universities and the Urban Growth Machine 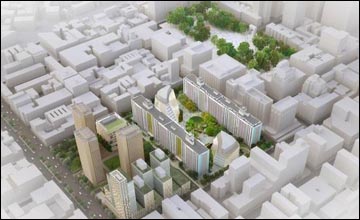 Why has the price tag of an American college degree skyrocketed (500 percent in the public sector since 1985) in recent decades? Instructional cost is not one of the reasons. Salaries of full-time faculty have been stagnant for a long time, and the massive conversion of tenure track jobs into contingent positions (more than two-thirds of professors are now off the tenure track) has sliced the teaching payroll at almost all institutions. Aside from the obvious factor of shrinking state inputs, there is common agreement that the addition of many new layers of administrators, combined with rapidly rising salaries at the senior ranks, has played a leading role. Throw in the heavy investment in all kinds of extracurricular amenities, sports facilities above all. And then there is the less tangible factor of buoyant demand for places. Colleges raise their fees because they can?there is no shortage of applications?and also because a higher price connotes more prestige. Even if domestic demand falls off, the shortfall will be more than made up from overseas. Indeed, some analysts estimate that the global market for higher education will grow by 80 percent over the next decade, as the rising middle class in rapidly developing countries pursue a brand name degree for their offspring.

from MediaShift
This piece was co-written by Adam Chromy.
When Random House and Penguin confirmed last week that they are in talks to merge, publishers, agents and writers coped by doing what they do best: playing word games. While #RandomPenguin and #PenguinHouse swept Twitter, anxiety bubbled beneath the surface.