from cafebabel.com by Marie Jackson

Utter the names of these satirical comic magazines in the presence of any Turk, and their eyes will light up with recognition. Yet these publications are a serious thorn in the side of the government. Despite tough conditions and government repression, the reviews tirelessly put pencil to paper in the name of social critique 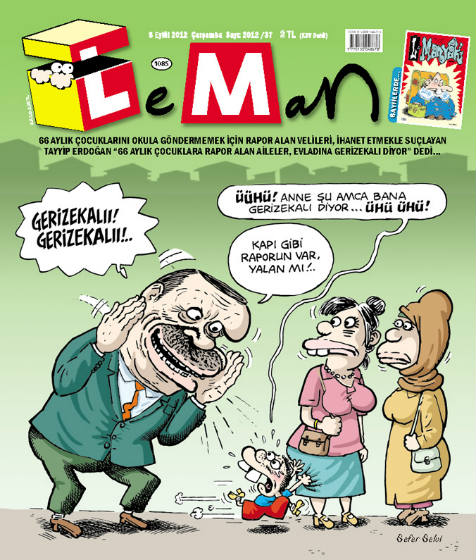 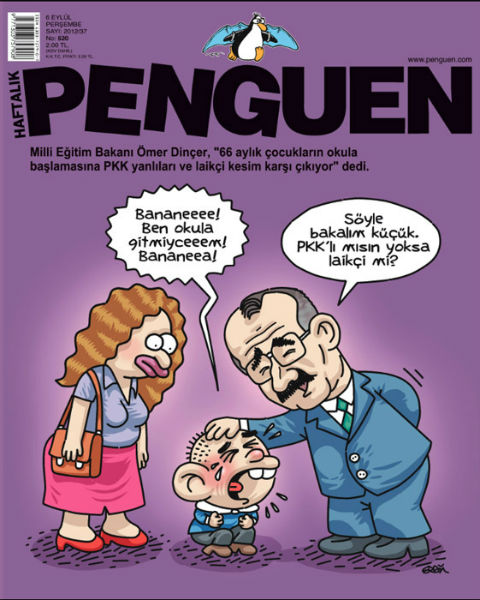 here is the bedroom watch:

from Hurriyet Daily News
Turkish couples are rushing too quickly to divorce their spouses, Family and Social Policies Minister Fatma Şahin said over the weekend 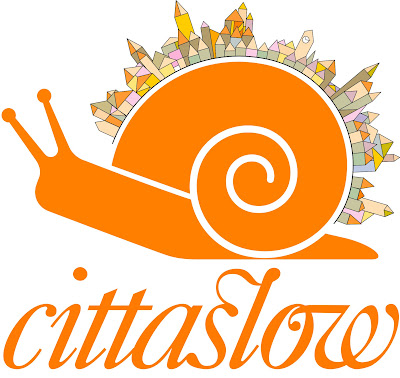 Mavi Boncuk | The Italy-based Cittaslow International Coordination Committee announced four cities in Turkey as ?cittaslow,? literally meaning slow city, adding them to a growing network of more than 120 towns in 18 countries around the world that have adopted a set of common goals and principles to enhance their quality of life for residents and visitors. Each Cittaslow town commits to working toward a set of over 50 goals and principles that aim to improve its quality of life. These goals and principles provide tangible benchmarks against which a town can measure its progress and act as a mechanism to bring local people from all walks of life together to work collectively for the good of their town.
Turkey?s Slow Cities include Akyaka[1], Gökçeada, Seferihisar, Taraklı and Yenipazar.

from Hurriyet Daily News
While the percentage of Turks using tobacco products has fallen to 27 pct in 2012 from 31.3 pct back in 2008, men are still a high risk group.

World, Turks on verge of burnout

Some half of the respondents to a large work-stress survey tell that the level of the pressure has risen from last year.

Zeki Triko, the Turkish bathing suit manufacturer, has complained that it can hang its billboard ads in twenty countries, but not in Turkey. So the company has made its complaint public by publishing the well-known photo of Ataturk in a bathing suit. And now a new ad campaign that shows (what appear to be masculine) vegetables, instead of lovely female ?sweetpeas? and hot ?tomatoes?. Actually, I was once shocked by a giant Zeki bikini ad that loomed over the road leading from  Istanbul?s airport. There was little left to the imagination. I thought it an odd way to welcome travelers. (It would have caused consternation in the US, admittedly not the most liberal place on the planet.)