from Yahoo news
Turkey tells Security Council members they will “become accomplices to the crime” if they don’t act against Assad, but Council not “there yet”

THE Turkish prime minister, Recep Tayyip Erdogan, has recently been seen sporting a Cossack-style hat like Ataturk?s. Kemalists were horrified. Yet nobody could dispute that Mr Erdogan has been Turkey?s most impressive leader since the great man?s death in 1938. His mildly Islamist Justice and Development (AK) party came to power in 2002 on a wave of popular support and a rejection of decades of inept rule. Mr Erdogan has lifted Turkey out of stagnation and political paralysis and made it an inspiration in its region.

from Journalist in Turkey, background articles, news and weblog about by Fréderike Geerdink
ISTANBUL ? Only 17% of Turks believe Turkey will become an EU member, according to a poll by a Turkish bureau that was quoted on Wednesday in the Turkish media. Last year this percentage was 34%. The Turkish European Foundation For Education And Scientific Studies questioned more than 1,100 Turks in eight different cities. In 2004 [

from Hurriyet Daily News
A recent decision to include the alleged Armenian genocide in French history textbooks.

The percentage of people of who believe that Turkey can become an EU member has witnessed a decline from 34.8 % to 17 % in just a year, according to a poll conducted by the German-Turkish Foundation for Education and Scientific Research (TAVAK), Zaman reported. 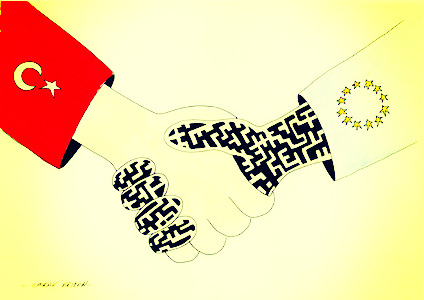 The government’s strict enforcement of this measure?last month it bullied Istanbul Bilgi University into instituting an alcohol ban before a rock concert?has stirred resistance from those whose beliefs are not confined to the supernatural dimension

from Hurriyet Daily News
The main base of the Free Syrian Army is in the southern province.

Nothing epitomizes the great political changes in Turkey over the course of the last decade than a seemingly minor media item reporting that Prime Minister Recep Tayyip Erdogan and his wife Emine Erdogan attended a private iftar dinner (the ritual meal breaking the Ramadan fast each evening) by the invitation of the current Turkish Chief of Staff, General Necdet Özel, at his official residence. 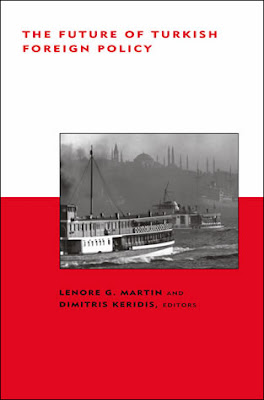 Worth revisiting with updated chapters.
CLOTH (OUT OF PRINT)
PAPERBACK (LIMITED AVAILABILITY)

Since the end of the Cold War, Turkey has moved from the periphery to occupy the very center of Eurasian security. It is a critical participant in NATO and aspires to become a member of the European Union. The pivotal role that Turkey plays in Southeastern Europe, the Middle East, and the Caucasus has profound implications for the international arena and spawns vital debates over the directions of Turkish foreign policy.

from Hurriyet Daily News
The increased terror attacks in Turkey is the price for the country?s support for the ?Syrian people,? according to Iraq?s exiled vice president Tariq al-Hashemi

Terror in Turkey: who is to blame?

by Turkish Digest
Terror in Turkey: who is to blame?

With Syria imploding on its borders, Turkey is increasingly worried about armed groups in the vicinity using force to press their demands, writes Sayed Abdel-Meguid in Ankara