Three Decades After the Coup: Turkey Puts Generals on Trial

from Yahoo news
I grew up in the long, dark, soul-numbing shadow of Turkey’s 1980 military coup. Although just a child, I recall tanks, manned by young gun-toting soldiers, ominously patrolling our street, months of curfew, my parents’ hushed and anguished late-night conversations over my uncle, a professor who was arrested and jailed without news for months. (He belonged to a left-wing NGO.) He was one of some

from Today’s Zaman, your gateway to Turkish daily news :: Interviews by ORHAN KEMAL CENGİZ
Absolute power always creates an illusion that gives you the impression that your hold on power will last forever.

How to best confront the Sept. 12 coup?

from Hurriyet Daily News
Chile finally prosecuted General Pinochet after a lengthy effort to bring him before the court. Greece did the same

from World news: Turkey | guardian.co.uk
Ankara court to hear case against 94-year-old leader of military takeover that led to executions and 500,000 arrests
The retired Turkish general Kenan Evren, symbol of an era when the military dominated the country’s politics, is going on trial for his role in leading a coup in 1980. 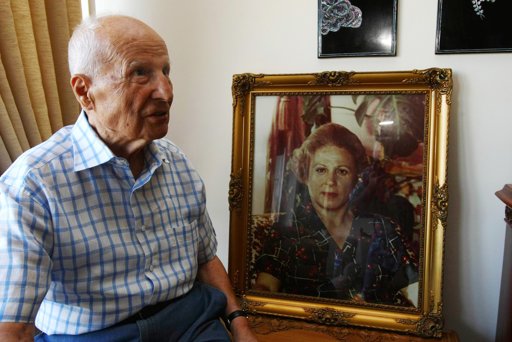 from Hurriyet Daily News
Turkey?s fractured social sphere comes together to welcome a trial against the last remaining leaders

from Today’s Zaman, your gateway to Turkish daily news :: Columnists by YAVUZ BAYDAR
It was one of those ?chicken and egg? discussions. Ever since the Sept. 12 coup, a large segment of society has kept arguing that it was inevitable. Had it not been for the obstinacy of the politicians at that time — meaning, mainly, Süleyman Demirel and Bülent Ecevit, who were ?archrivals? once upon a time — to reach a consensus, and the ?terror? on the streets, the military would never have intervened.

from Journalist in Turkey, background articles, news and weblog about by Fréderike Geerdink
ISTANBUL ? Several thousand Turks protested Tuesday morning in front of the court house in the Turkish capital of Ankara, where the trial of two leaders of the military coup of 1980 started. They demanded that the coup plotters be held responsible for their actions. As well, they don?t only want the leaders of the

from Journalist in Turkey, background articles, news and weblog about by Fréderike Geerdink
ISTANBUL ? General Kenan Evren, the leader of the military coup in Turkey in 1980, was not present in the court when his trial started on Tuesday. But how he feels about his actions of thirty years ago is clear: he always said he didn?t want to do it, but had no choice. Evren was

Trial of Sept 12 coup a success for democracy

from Hurriyet Daily News
A fresh page has been turned in this country?s recent history, and do not take this phrase just as an oft-cited cliché.

Turkish democracy?s test with the military

from Hurriyet Daily News
An Ankara court have begun hearing a landmark trial against the two surviving leaders of the 1980 military coup today.

from Bianet :: English
A study of the Economic Policy Research Foundation of Turkey revealed that the new 4+4+4 education model will cost at least TL 20.7 billion. KESK and Eğitim Sen protest against the draft bill in Ankara on 28/29 March despite a lack of permission.

from Hurriyet Daily News
Turkey?s contentious education bill would lay the ground for large-scale corruption in the procurement.

An atheist is ‘no good,’ says AKP deputy

from Hurriyet Daily News
“An atheist youth is no good to anyone,” the Justice and Development Party’s (AKP)…

Why does the prime minister enjoy scolding?

I?m sure you have noticed it as well. When the prime minister does not deliver a speech, when he is in his office working or

The recent rise in tension in Turkish politics could be analyzed on two layers; between the government. 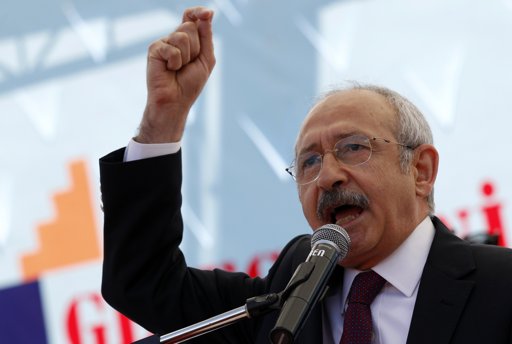 Turkey’s main opposition Republican People’s Party (CHP) leader Kemal Kilicdaroglu addresses his supporters during a demonstration in Ankara March 27, 2012. Thousands of Turkish opposition supporters demonstrated in the capital Ankara on Tuesday against a government attempt to railroad a new education bill through parliament which secular parties say is designed to promote Islamic schooling. The government wants to overturn a 1997 law imposed with the backing of the military which led to a sharp decrease in the number of children attending imam hatip schools originally intended to train Muslim clerics. Prime Minister Recep Tayyip Erdogan and nearly half his cabinet attended such schools. REUTERS/Umit Bektas

from Today’s Zaman, your gateway to Turkish daily news :: Columnists by ERGUN BABAHAN
The Justice and Development Party (AK Party) is actually a power that is modernizing Turkey despite the claims of the Republican People’s Party (CHP) to the contrary.

from Kamil Pasha by Jenny White
This post has been substantially updated.
Below is a TUSIAD summary of the new educational reform bill that was rammed through parliament by the AKP government against the wishes of the opposition and apparently without much public input.

?Kurdish reforms? and the PKK

from Today’s Zaman, your gateway to Turkish daily news :: Columnists by YAVUZ BAYDAR
Ambivalence continues. Some media reports seem to suggest that the Peace and Democracy Party (BDP) — the political wing of the Kurdistan Workers? Party (PKK) — seems ready for a dialogue, but it has to be taken with a grain of salt. It should not surprise anyone. The declaration of a ?new Kurdish strategy? last week through top-level bureaucratic channels was not a brand new call; it was only a reassertion of a political line already pursued, with a slight addition of the element that Kurdistan Democratic Party (KDP) leader Massoud Barzani be engaged more deeply in the process.

Erdoğan and the Deep State

from Kamil Pasha by Jenny White
This article by Dexter Filkins in the New Yorker about Erdoğan and the Deep State has been causing a lot of chin-wagging, with people e-mailing me and asking whether it was true. True enough, I say, although we can?t be certain of the details. You can read it for yourself here.

Why did the Kurdish issue evolve into a deadlock?

from Today’s Zaman, your gateway to Turkish daily news :: Columnists by ETYEN MAHÇUPYAN
Under the shadow of blocked Nevroz festivities, Turkey is once again trying to search for a method to settle the Kurdish issue. When the ?negotiation? process that culminated in the talks held between the representatives of the Kurdistan Workers? Party (PKK) and the National Intelligence Organization (MİT) in Oslo came to a halt last year, both sides put the blame on each other. But it appears that it was the PKK who chose to raise the bar on its demands instead of accepting the moves that would secure its position as an ?addressee? in the settlement of the Kurdish issue.

from Hurriyet Daily News
The background of Turkey?s new Kurdish strategy was first brought to the attention of the media..