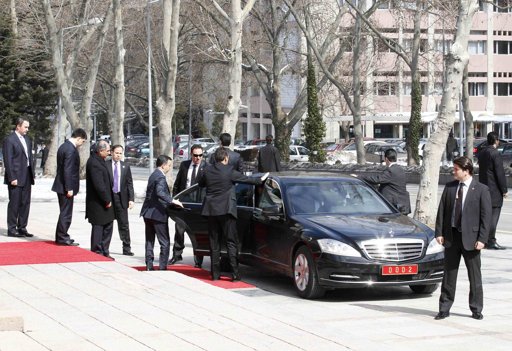 The car of Turkey’s Prime Minister Tayyip Erdogan is surrounded by security officers as he arrives at his office in Ankara March 5, 2012. A small bomb exploded near the Turkish prime ministry building in the capital Ankara on Monday, about an hour before a cabinet meeting was due to be held there, and one person was slightly injured, officials said. Police closed off the area where the explosion took place, at the entrance to a car park for both the prime ministry and the Appeals Court. Police described it as a percussion bomb, a device which makes a loud noise, but causes little damage. REUTERS/Umit Bektas

Prime Minister Recep Tayyip Erdoğan slammed the Turkish Industry and Business Association (TÜSİAD) for having a ?blind ideology? as he kept up an onslaught on the business group over its criticism of the planned education reform.

As controversial coup plot trials like Ergenekon and Sledgehammer continue, Turkey marks the 15th anniversary of the February 28th process. Known as a “post-modern coup” that ultimately brought down the Islamist Welfare Party and True Path Party 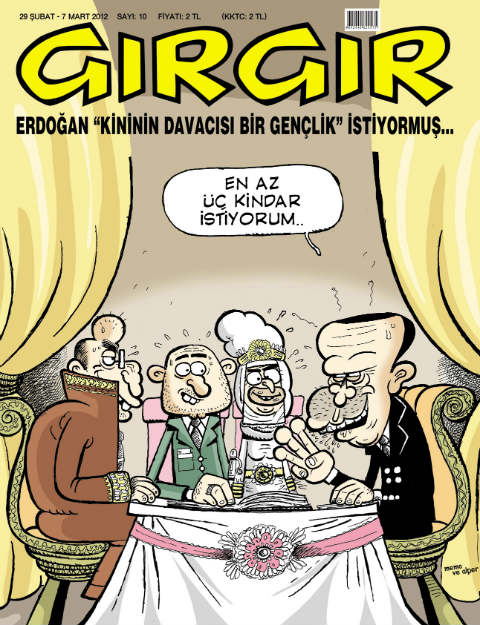 Yesterday was Feb. 28, or the 13th anniversary of Turkey?s ‘post-modern coup.’ And it is worth remembering today what this was all about.

The Feb. 28 Process created the AKP and Erdoğan

As the Feb. 28 file temporarily draws to a close, it is worth being acquainted with a few final facts. 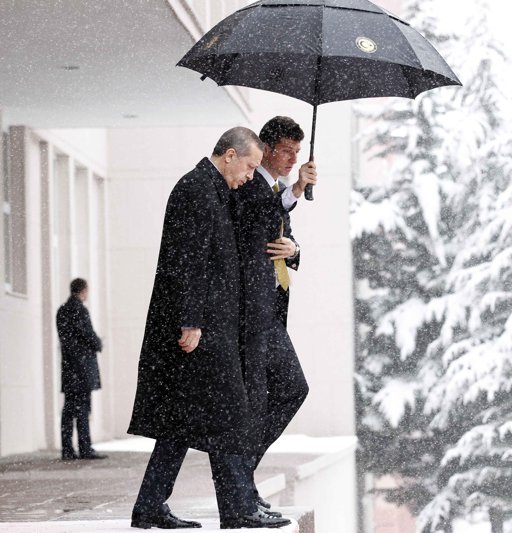 Turkey’s Prime Minister Recep Tayyip Erdogan leaves his office as a security guard holds a umbrella to protect him from the heavy snow in Ankara February 28, 2012. REUTERS/Umit Bektas

Turkey?s fundamental problem is not having an Islamist party that has replaced ‘pluralism,’ ‘supremacy of law’ and ‘separation of powers’

Yesterday marked the 15th anniversary of the Feb. 28 process, described as a ‘post-modern coup,’ which expelled Turkey?s first Islamic …

from Today’s Zaman, your gateway to Turkish daily news :: Columnists by YAVUZ BAYDAR
After the politically bizarre, ?only-in-Turkey? type of ?twin congresses? held during the weekend, the long-troubled main opposition, the CHP [Republican People?s Party], has come closer to a new watershed.

from Today’s Zaman, your gateway to Turkish daily news :: Turkish Pre by CAN DÜNDAR
I recently spoke with Republican People?s Party (CHP) leader Kemal Kılıçdaroğlu in his office. He seemed at ease and full of self-confidence. He seemed like the owner of the office rather than its temporary user. This impression caused me to ask, ?Now do you feel being the ultimate leader of the party??