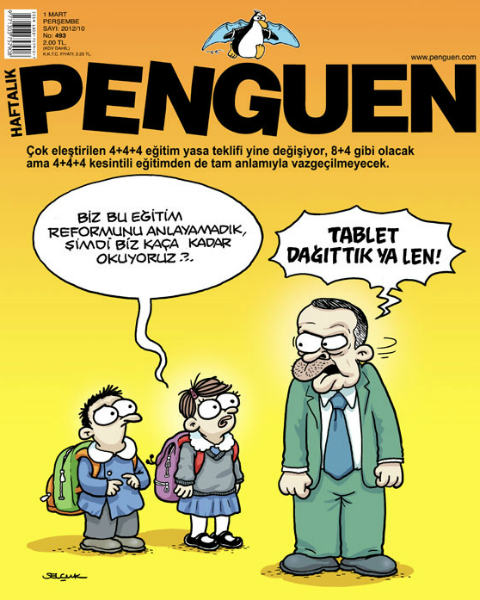 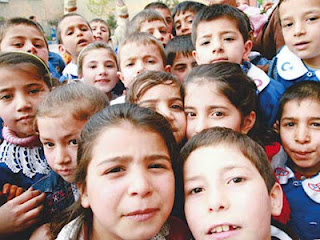 Fast approaching the anniversary of the Feb. 28 process, or the 1997 “postmodern coup” that brought about the fall of the Islamist Refah government and a slate of reforms to defend secularism against what was perceived by some as the encroaching threat posed by political Islam, the government has announced plans to restructure Turkish education.

from Hurriyet Daily News
A controversial proposal came from the Association of Imam-Hatip Graduates, which said boys and girls should be segregated.

AK Party and the debate on education

from Today’s Zaman, your gateway to Turkish daily news :: Turkish Pre by NAZLI ILICAK
The latest education package [that increases compulsory education from eight to 12 years] has sparked extensive debate. It is a fact that there is a segment of Turkish society that is suspicious of every move the government makes, but another solid fact is that the package, indeed, contains some grey areas.

from Hurriyet Daily News
The Mor Çatı (Purple Roof) Women?s Shelter Foundation has said the new draft bill designed to prevent domestic violence is not capable of protecting women, but will only protect ?women?s place within the family.?

The ratio of women working in the print media ranges at around 15 percent; only one publications director is female. Nurcan Akat, Turkey’s first female general publications director, told bianet, “the situation of newspaper staff is deplorable” and explained the reasons.

Turkish television and cinema representatives have requested an increase in both domestic and international satellite capacity to meet skyrocketing demand, according to the general manager of Türksat Satellite Communications and Cable TV Management.

Living in an Arab country, I think anyone would find it rather difficult to overlook the feverish debates sparked by Arabic-dubbed Turkish soap operas featured on Arab television screens. Three years ago, it was the spectacular drama series Noor that captivated the region?s (and MMW?s) attention. But this time in 2012, it is the dazzling Turkish Muhteşem Yüzyıl, known in Arabic as ?Hareem Sultan? (The Women of Sultan), that dominates personal conversations and public discussions within communities of women.

from Hurriyet Daily News
The government?s Fatih Project, which will gradually replace books with tablet PCs, is a huge…

Not raised religious, not addicted to paint thinner

from Today’s Zaman, your gateway to Turkish daily news :: Turkish Pre by CAN DÜNDAR
Intense debates over the prime minister?s statement of his ?wish to raise a conservative, democratic generation? continue.

Istanbul market traders told to quieten down or lose their pitch

from World news: Turkey | guardian.co.uk by Constanze Letsch
Turkish city’s stallholders voice anger over new gentrifying law that bans long tradition of shouting their wares to passersby
“White butterflies! Only three lira!” The trader at the weekly street market in the  conservative Fatih district of Istanbul has few qualms about broadcasting the merits of his wares ? but he is breaking the law.

from Hurriyet Daily News
A new study focusing on teenagers? attitudes and behaviors toward the opposite sex…

from Hurriyet Daily News
A recent World Bank report showed that the average Turkish 15-year-old is below his or her average OECD counterpart in reading, math and science.

By Yasemin Ergin – Special to The Washington Times

Number one in the world

from Hurriyet Daily News
There is no need to deny it. As Turks we like to be on top of charts. What kind of chart doesn?t really matter – Turkey is number one …

Sultan tops the Internet in Bulgaria

from Hurriyet Daily News
Popular Turkish TV series are now available on the Internet in the Bulgarian language.. 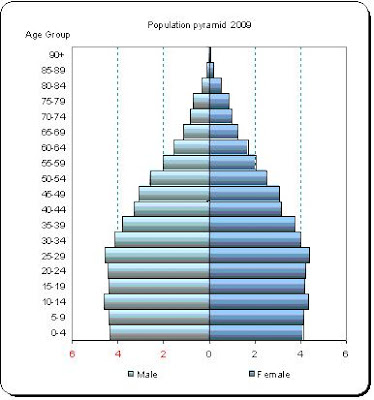 Meet Istanbul?s Only Female Soccer Coach, Symbol Of Turkey’s Many Contradictions – Worldcrunch – All News is Global

Aktepe, home of most famous tea

Turkey?s best tea comes from the slopes of Rize. The white layer of snow over the area?s tea plants leaves locals time to engage in other tasks instead of harvesting the greenery for Turkey?s most famous drink