in not a surprising irony any more, Mr. Çiçek is the very embodiment of status quo, and now he is in charge of the new constitution that will supposedly be more democratic…

?No interest in charter?

from Hurriyet Daily News
Parliament Speaker Cemil Çiçek continued his criticisms against civil society and institutions which have not sent their contributions to a parliamentary commission tasked to rewrite Turkey?s new constitution.

The case focuses on anti-government propaganda published on websites the military was accused of running that were linked to an alleged secularist network known asErgenekon. Turkish authorities have detained more than 300 people, including journalists

from Hurriyet Daily News
A special-authority prosecutor has launched an investigation into the military?s so-called ?e-memorandum? of 2007 and is expected to question then-chief of General Staff Gen. Yaşar Büyükanıt and his aides, daily Hürriyet reported.

Many of the accused are alleged to be members of a clandestine organisation calledErgenekon, and some are said to be involved in the Sledgehammer case, based on a military seminar alleged to be a rehearsal for a coup. Several trials are running

from Hurriyet Daily News
The constitution-making panel of Parliament decides to stop publishing proposals for the new charter. Commission members say they do not intend to conceal the panel?s work but protect the ones making proposals

Turkey?s Military versus the Government: From Military Tutelage to Civilian Authoritarianism? 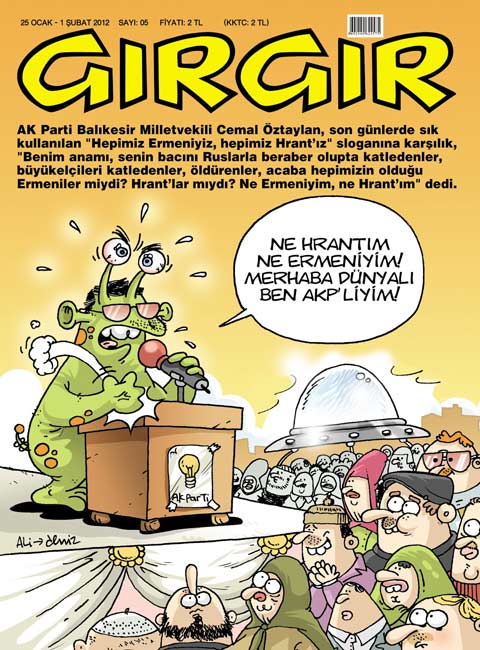 Turkey: Does Dink Trial Verdict Indicate a Revival of Power Politics in Ankara?

from EurasiaNet.org – Turkey by k_kumkova

Almost a week after the conclusion of a trial concerning the murder of Turkish-Armenian journalist Hrant Dink, the verdict continues to reverberate in Turkey. It is shaking the faith of minority groups that they can get a fair hearing in the country?s courts and is raising questions among rights activists about the judiciary?s independence.

Turkey has no time to waste

Mardin independent deputy Ahmet Türk is scheduled to meet with the Constitution Conciliation Commission today to voice demands of the Democratic Society Congress, including calls for ?democratic autonomy?

Turkey?s current charter is ?passed its expiry date? and is incapable of carrying Turkey into the future, according to Parliamentary Speaker Cemil Çiçek.

A presentation by a prominent Kurdish group at Parliament?s constitution-making commission was postponed yesterday after lawmakers failed to show up, revealing cracks in the consensus the group should be listened to.

The ruling Justice and Development Party (AKP) has started to work on scenarios based on election of Prime Minister Tayyip Erdoğan as the next president in 2014.

from Today’s Zaman, your gateway to Turkish daily news :: Columnists by KLAUS JURGENS

If politics or government relations are your vocation you will appreciate the fact that the Turkish capital Ankara is a very compact city, as fine a location to engage in the political trade, lobbying or commenting about it as is for example Brussels with its approximately two square miles of EU institutions; thus said, Ankara is easy to navigate, holds options for at least four extended face-to-face meetings a day and emanates a general feeling of everyone knows anyone else anyhow, hence welcome to the club!

from Today’s Zaman, your gateway to Turkish daily news :: Columnists by ERGUN BABAHAN