ISTANBUL ? Turkey?s Prime Minister Recep Tayyip Erdogan has broken his silence to stop swelling rumors that he is stricken with cancer and is secretly undergoing chemotherapy treatment.

Which is the real opposition party: CHP or BDP?

from Today’s Zaman, your gateway to Turkish daily news :: Turkish Pre by MEHMET BARLAS
There have been parties in Turkey?s multi-party period that have argued they were different, but in fact all had similar policies. None of them was bold enough to put the Turkish people first over themselves.

Turkish Hizbullah back on the scene

from Today’s Zaman, your gateway to Turkish daily news :: Columnists by LALE KEMAL
Turkey?s Hizbullah, an extreme fundamentalist Islamist terrorist organization, released a manifesto last Tuesday outlining its policy that called for Kurds to be governed by Islamic law. 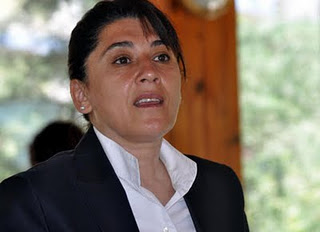 PHOTO from RadikalSunday’s elections created what is perhaps the most representative parliament in the history of the Turkish Republic. Of the 87% of eligible Turkish voters who showed up to cast ballots, only 4.4% voted for parties were not ultimately elected to parliament. This is down from 13% in 2007 and 32% in 2002. This representation problem has been a function of small political parties being unable to meet the country’s high 10% threshold required to enter parliament. (The Kurdish BDP is an exception to this rule since it has not run as a political party, but rather chosen to run candidates as independents. A difficult feat to pull off, the BDP won 36 MPs this parliamentary election cycle.)

by Ragan Updegraff
Continued operations against the Union of Communities in Kurdistan (KCK), the political/civil society wing of the KCK established between 2005 and 2006, have resulted in the detention of 37 Kurdish nationalist activists, many from the Peace and Democracy Party (BDP).

The raids took place on Friday, and involved searches of 123 locations, including the BDP-controlled municipal building in Diyarbakir, BDP headquarters in Istanbul, and the Diyarbakir offices of the Confederation of Trade Unions and Public Employees (KESK), as well as the Kurdish language-cultural organization Kurdi-Der, the Education and Science Workers’ Union (Egitem-Sen), the Human Righs Association (IHD), as well as various other non-governmental organizations accused of being linked to the KCK. Provincial and district offices of the BDP across several provinces were also raided, in addition to, most controversially, parliamentarian Leyla Zana’s Ankara home (for more on Zana, click here). For an account of the raids in English from Bianet, click here.

Renowned Kurdish writer Kemal Burkay yesterday denounced the outlawed Kurdistan Workers? Party (PKK) for suppressing dissenting opinion among Kurds, and argued that a federation could be a solution to the Kurdish conflict.

Renowned Kurdish writer Kemal Burkay yesterday denounced the outlawed Kurdistan Workers? Party (PKK) for suppressing dissenting opinion among Kurds, and argued that a federation could be a solution to the Kurdish conflict.

The Trouble with Leyla Zana

from Turkish Politics in Action by Ragan Updegraff
I stopped posting on this blog just over six months ago to focus on other projects with a post-election consideration of the BDP in the aftermath of last June’s elections. Much to the chagrin of some of its followers and fellow Turkey observers, this post featured a photograph of Leyla Zana, a leading Kurdish activist representing the hardline segment of the “legal Kurdish nationalist movement” who had just been elected to parliament. It seems in some ways appropriate to pick up where I left off then, and this after six months of stirring political developments in the Turkish government’s relationship with the BDP, the PKK, and the KCK, the political organization founded by the terrorist PKK between 2005 and 2006 and that has increasingly complicated the Kurdish political landscape, further blurring the boundaries between the BDP and the PKK.

from FP Passport by David Francis
Since gathering on Turkey’s border with northern Iraq last week, Turkish troops have been mounting small-scale attacks against the separatist Kurdistan Workers Party (PKK) inside Iraqi borders. These attacks have reportedly consisted of Turkish special forces with the support of helicopter gunships, targeting PKK bases.

Prominent members of the Alevi community voice their dissatisfaction …

Division in the Ranks 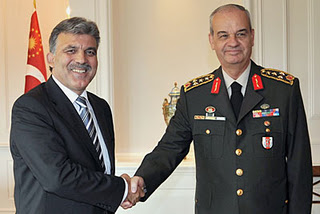 Though Turkish society is pretty evenly divided between those who support the ruling AKP and those who do not, perhaps the more important divide in terms of determining the county’s trajectory is within the government.