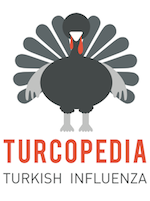 ?Turcopedia is an encyclopedia of interesting, surprising and entertaining popular culture inspired by Turkey.? Check out the blog here where you can find substantive info about Istanbul particularly…

and an Istanbul news roundup here:

A German/Turkish documentary film, ?Ecumenopolis,? directed by İmre Azem, questions the future ofİstanbul as it looks at the rapid urban transformation of the city and new urban construction projects planned for 2012. The film investigates İstanbul’s

Video: DIFF trailer – Do Not Forget Me Istanbul
The National Newspaper
In these six 15-minute short films, intense human emotions play out through multi-ethnic narratives that make Istanbul romantic and mysterious

Uncensored: Art And Politics Converge At Istanbul Contemporary Art Fair
Forbes
Now in its sixth year, Contemporary Istanbul stands as something of a symbol for the changes that have overtaken this city in the past decade, not just culturally, but socially, as well. To visit the fair is to watch an entire country change,

Megacity with ambitions to match

by Acturca
Financial Times (UK) Wednesday, December 14, 2011 Special Report : Istanbul: Business & Finance, p. 1 By Daniel Dombey If Istanbul addresses its infrastructure problems and mitigates earthquake risk, it can rank among the world?s great centres, writes Daniel Dombey Standing between the tramline and the Grand Bazaar, with no plaque to mark it out,

From Istanbul With Love | Garance Doré
This weekend, I was in Istanbul with Scott for the Elle Style Awards ceremony. Some day, if you play nice, I’ll tell you about the fiasco when I went to get my

New Istanbul Aquarium Offers Views From Under the Sea
New York Times (blog)
By SUSANNE FOWLER In a city surrounded by bodies of water, the new IstanbulAkvaryum, or aquarium, offers a peek at what lies beneath. At the aquarium (Senlikkoy Mahallesi Yesilkoy Halkalı Cad. No: 93; istanbulakvaryum.com), which opened in July,

TRAVEL: A taste of tradition in old Istanbul
Hemel Gazette
Cold weather, cultural clashes and cuisine worthy of Sultans follow Sarah O’Meara around her week-long tour of Istanbul. A wise restaurant manager once told me Turkey enjoys what residents call ‘a posthumous summer’. Mid-way through October,

Istanbul: The call to prayer
NZ Herald
Stall holders at Istanbul’s Grand Bazaar close up shop to observe the call to prayer. Mauricio Olmedo-Perez and Charlotte Whale, two Kiwi journalists who’ve been living in London, are taking the scenic route back to New Zealand.

iDANS Festival ? to be ?at work? in Istanbul

Shiite Muslims mark day of Ashura
Washington Post
Turkish Shiite people take part in a religious procession held for Ashura in Istanbul. Ashura commemorates the killing of Imam Hussein, a grandson of the prophet Muhammad, by armies of the caliph Yazid in 680 AD Tradition holds that the revered imam

Greece’s Eleftheria Arvanitaki set for İstanbul concert
Today’s Zaman
Eleftheria Arvanitaki, one of Greece’s gifts to the world music scene, is kicking off the second week of this month’s WOMIST World Music Festival in İstanbul with an eagerly anticipated appearance on Tuesday night at the TİM Show Center in Maslak

450 thousand Russians visited Istanbul
cottages-for-holidays.com
Over 450 thousand tourists from Russia visited Istanbul, the main tourist city of Turkey, during 11 months of 2011. In total Istanbul tours from January to November were bought by 7.5 million people. Most tourists were Germans.

Remarks for Istanbul Process Conference
US Department of State (press release)
As Secretary Clinton said in Istanbul in July, by passing it, ?We have begun to overcome the false divide that pits religious sensitivities against freedom of expression.? The international community reinforced the spirit of Resolution 16/18 at the UN

Istanbul Conferences and Meetings Come to Life at The Ritz-Carlton Hotel in Turkey
MarketWatch (press release)
ISTANBUL, TURKEY, Dec 13, 2011 (MARKETWIRE via COMTEX) — Located on the shores of the Bosphorus, commanding magnificent views of the famous strait and only a stone’s throw from Taksim, The Ritz-Carlton, Istanbul is a perfect blend of culture,

by M.A.M
Mavi Boncuk | Remarks at the Istanbul Process for Combating Intolerance and Discrimination Based on Religion or BeliefRemarks by Hillary Rodham Clinton, Secretary of StateWashington, DC
December 14, 2011